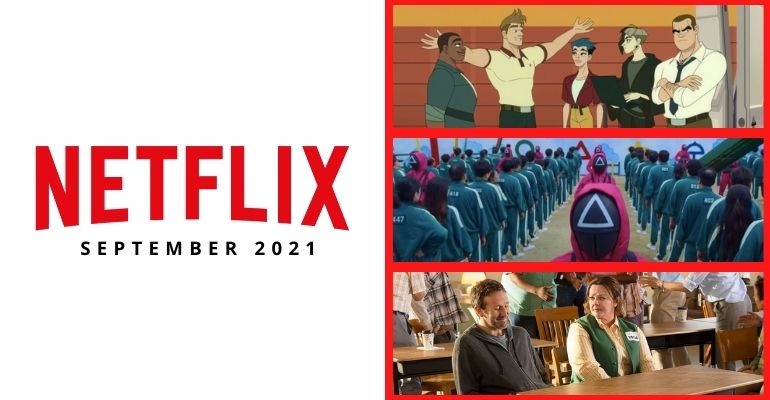 Times flies fast indeed as we only have three months left before 2021 ends. And as most students are ready to return to school (online school), Netflix has once again updated their massive movie library to keep weekends worth a while.

On Thursday, August 26, Netflix Philippines announced its new list of film titles and television shows next month. Check out the new titles below!

What’s coming to Netflix this September 2021?

September 2: Q-Force – an adult animated comedy series follows a group of undervalued LGBTQ+ superspies on a mission to prove themselves to the American Intelligence Agency (AIA) and solve cases, along with a new member, a straight man.

September 2: Afterlife of the Party – a supernatural comedy film about a social butterfly who lives to party until she dies in a freak accident one day, and to earn her wings, she must go back to right her wrongs on Earth.

September 2: Dito at Doon – is a 2021 Filipino film following a political science major and a student working part-time as a delivery driver who crossed paths online.

September 10: Lucifer (The Final Season) – the final season of the highly-anticipated series Lucifer.

September 14: You vs Wild: Out Cold – a Netflix interactive adventure video following Bear Grylls with amnesia and trapped in a cold, isolated area after a plane crash.

September 15: Nightbooks – is based on the 2018 horror-fantasy children’s book of the same name that follows a young boy who becomes a prisoner of a witcher.

September 15: I’m Drunk, I Love You (IDILY) – a 2017 Filipino rom-com about two college best friends who goes on a last road trip days before graduation where they settle how they really feel for each other.

September 17: Squid Game – follows the story of a man invited among the 456 people to an unknown place to play a mysterious survival game with a prize of 45.6 billion Won.

September 17: The General’s Daughter (Season 1) – a 2019 hit-primetime series that revolves around a woman who is caught up in a war between two families – the one she vowed to protect and the other she promised to avenge.

September 22: Intrusion – is about a couple who just moved into their dream house when a deadly home invasion occurred. But, as the wife searches for answers, she realizes that the real danger is yet to begin.

September 24: Midnight Mass – is an American supernatural horror series that tells a tale of a small, isolated island community whose existing divisions are amplified by the return of a disgraced young man and the arrival of a charismatic and mysterious priest.

September 24: The Starling – a comedy-drama film that centres around a married couple who suffers hardships – a woman dealing with grief and a man struggling to find a way forward. As the wife continues to find gripping in the “real” world, a feisty bird invades her backyard and begins to harass and attack her.

September 24: My Little Pony: A New Generation – is a start of the fifth incarnation of the franchise, while also serving as a direct follow-up to the fourth incarnation.

September 28: Ada Twist, Scientist – tells the story of a pint-sized scientist Ada Twist and her two best friends seeking answers to big questions and in the quest to discover the truth about everything!

September 29: No One Gets Out Alive – the film revolves around a desperate, undocumented woman from Mexico who moves into a rundown Cleveland boardinghouse where unsettling cries and eerie visions begin.

September 23: Bangkok Breaking – follows a man who joins an emergency rescue service to earn a living in Bangkok, however, stumble upon a citywide conspiracy.

Please refresh this page for updates!