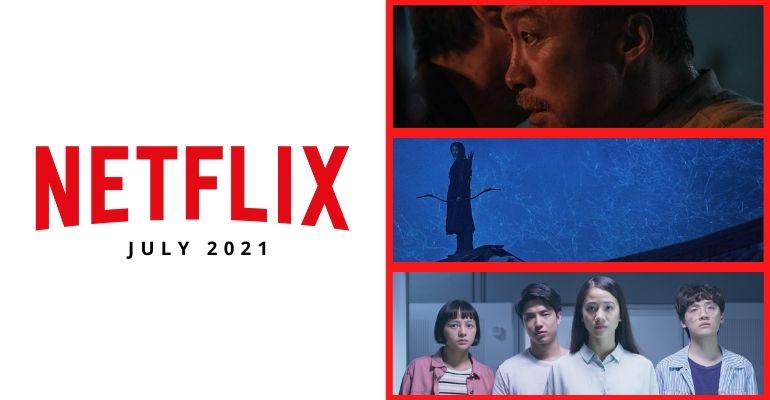 It’s time to renew your ‘What To Watch’ list once again because Netflix has released some of its upcoming titles on the platform for next month from the South Korean mystery-thriller film that will surely scare the dip-sh—out of you to the “radical return” of Prince Adam to Eternia.

Curious? Check out below the titles coming on Netflix this July!

What’s coming to Netflix this July 2021?

July 1: Young Royals – A teen prince adjusts to life at his prestigious new boarding school. However, he is soon confronted that following his heart is more challenging than anticipated.

July 2: The 8th Night is a mystery-thriller film starring Lee Sung-min, Park Hae-joon, and Kim Yoo-jung, depicting the struggle of an exorcist to stop the resurrection of two mysterious beings.

July 2, 9, 16: The Fear Street Trilogy is an upcoming American slasher film based on the book series of the same name by R. L. Stine that follows the nightmare through Shadyside’s sinister history.

July 4: We The People is an American animated series that mixes music and animation to teach civics to the new generation.

July 8: Resident Evil: Infinite Darkness is an upcoming CGI animated series based on the Resident Evil franchise by Capcom.

July 9: Last Summer is about a 16-year-old boy who seeks affection from his childhood crush and faces a love triangle during a summer vacation in a beachside town.

July 9: Atypical (Season 4) is the fourth instalment of the American comedy-drama series that follows the life of an 18-year-old boy with an autism spectrum disorder.

July 15: Never Have I Ever (Season 2), created by Mindy Kaling and Lang Fisher, is the second installment of the coming of age comedy-drama series picking up in a new messy school year with more questionable decisions for the lead protagonist, Devi.

July 15: My Amanda is an upcoming Filipino film written by Alessandra de Rossi following two long-time best friends as they walk through their individual lives and deal with their complicated relationships.

July 16: Deep is a Thai mystery-thriller about a sleep deprivation neuroscience experiment that has gone wrong.

July 21: Trollhunters: Rise Of The Titans is an upcoming American computer-animated sci-fi adventure film based on the Trollhunters series created by Guillermo del Toro.

Please refresh this page for updates!

July 23: Kingdom: Ashin of the North is a special episode revealing the backstory of Ashin and the origins of the resurrection plant, which triggered the avalanche of tragic events that swept through Joseon.

July 23: The Last Letter From Your Lover is an upcoming romantic drama film about a young journalist who uncovers a series of love letters in present-day London archives.

July 23: Blood Red Sky is an upcoming action-horror movie directed by Peter Thorwarth, following a woman who is forced to unleash the inner monster she has fought to hide for years to protect his son from a group of terrorists in an overnight flight.

July 30: The Last Mercenary is an upcoming action-comedy film directed by David Charhon. It follows the mysterious life of a former secret service agent forced to return to France to save his estranged son from a fame-up set by the government.

Note: Dates and title are subject to change.