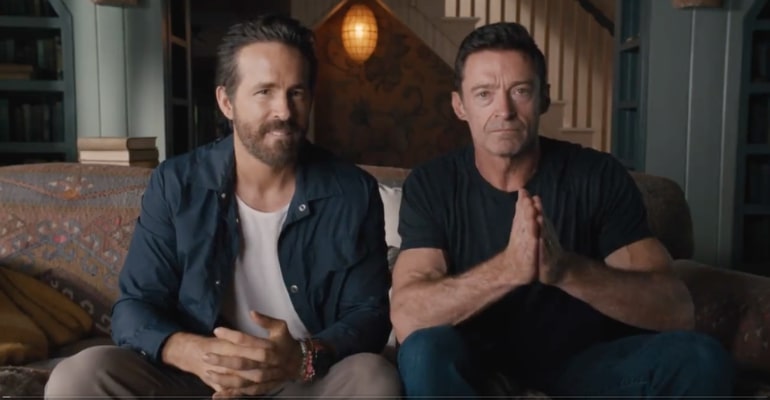 HOLYWOOD, USA — Deadpool 3 actors Ryan Reynolds and Hugh Jackman released a new teaser explaining what the new movie will be about, but there’s a catch: in the middle of the video, their voices are muted over a song. Fortunately, a lip reader has come to the rescue!

On September 28, 2022, Ryan Reynolds shocked his fans by posting a teaser about Deadpool 3. But more surprisingly to all was the appearance of Hugh Jackman in the video, saying yes to reprising his role as Wolverine for the new Deadpool movie.

While some thought that a stunt double did Jackman’s part in the video, the rumours stopped when Reynolds posted another teaser as an “explainer video.”

Apparently, it tackles “timeline questions, Logan canon, MCU FAQ, and where we can do this all day or not,” as tweeted by the Deadpool actor.

The 1-minute video had a promising start, with both actors confirming that Wolverine did die in the film Logan, which takes place in 2029.

But just when the two actors were about to explain what would happen in the film, their voices were muted, replaced by Wake Me Up Before You Go-Go by Wham!

Both actors were seen to be very passionate on screen, which was only unmuted when they thanked the president of Marvel Studios, Kevin Feige.

All in all, Jackman and Reynolds left the fans “hanging like a yo-yo” with the supposedly “explainer video.”

Watch the new teaser below:

Fortunately for many fans out there, Jomboy (a sports content creator well-known for making lip-reading videos of important moments in games to see what coaches, players, and umpires are saying without hearing them) posted a lip-reading video of what Jackman and Reynolds were saying.

“I’m gonna do my best to lip-read it [the video]. I don’t think I got everything perfect, but I think I got the gist of it pretty good,” Jomboy said.

Basically, the two actors explain how their characters were stabbing each other but having a great time of it since they both have accelerated healing. Jackman also mentioned that there’s going to be a “huge explosion” and how the heroes are both in their prime, hinting that Wolverine will not be in the same deteriorated state that he was in Logan.

Watch the lip-reading video below: