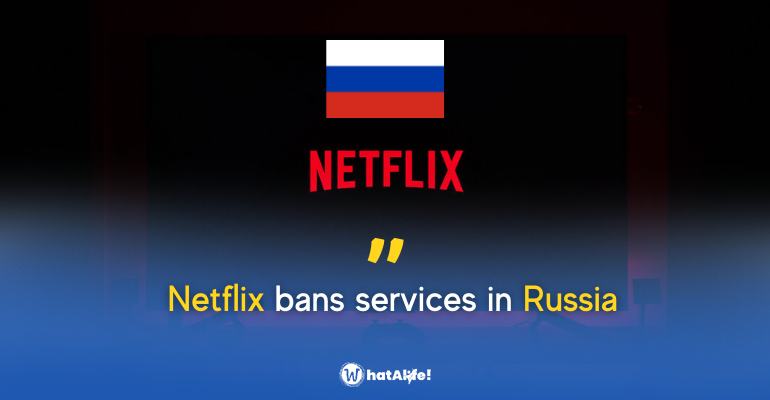 Netflix, the popular American streaming company, will suspend its services in Russia as a protest against Russia’s military invasion of Ukraine.

The American subscription streaming service and production company, Netflix, released an announcement earlier this week about its suspension of its future projects and acquisitions from Russia.

The company wants to join the growing number of companies cutting their ties with Russia due to the expanding tension between Ukraine.

Netflix has four ongoing Russian originals and is now on hold, including a crime thriller series directed by Dasha Zhuk. The company also recently announced its refusal to have 20 Russian free-to-air propaganda channels required to host under Russian law.

Based on Variety’s report, a spokesperson from Netflix said that because of the circumstances and growing tension on the ground in Ukraine, they are going to suspend the company’s services in Russia.

Netflix just recently launched its services to Russia in the year 2016. The company had gained only a million subscribers after its launch. And Russia’s recent invasion of Ukraine pushes the company to halt its provision of services in the country.

Warner Bros and Sony are some of the big companies that also took their part in the protest against Russia’s 2022 invasion. It is because Russia’s military invasion and aggression to the country of Ukraine caused a humanitarian crisis.

The production companies halted their film releases in the country after Disney announced the suspension of its theatrical release in Russia.

The economic sanctions on Russia are getting intense as big companies are halting their services as an act of protest against their current invasion.

The fear of the people is also rising for a possibility of a nuclear fight between the countries.

Also Read: ‘The Batman’: The Cancellation of Movie Release in Russia