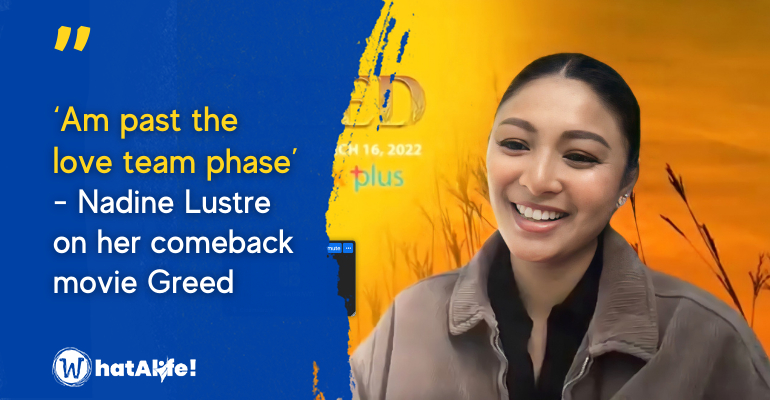 The upcoming dark movie is going to be directed by Yam Laranas. The release of the film is on March 16 of this year on VivaMax Plus.

In the interview of Viva Films with Nadine Lustre, the actress said that her absence allowed her to work on herself and her career goals.

Lustre revealed that the upcoming thriller and horror film ‘Greed’ is going to feature her together with the young actor Diego Loyzaga.

Nadine said that her acting skills went back to zero, and she had already forgotten how to do proper poses and smiles during the filming.

The character of the actress in the film ‘Greed’ is a new one for her. However, the actress said she is open and willing to do new things for a change.

“My advice to others is to not be afraid of change, or trying new things and exploring,” Nadine Lustre advised.

Nadine believes that her fans will be there and will continue showing their support and love.

A second lesson noted by Nadine Lustre in her interview is to be brave in facing the challenges that come our way.

“… I learned that if you are facing a crossroad or a challenge, you really have to face it,” she said.

Nadine Lustre: A Glimpse of her Love Story

Nadine Lustre went through a breakup with her former love team and boyfriend for four years, James Reid, last January 2020.

However, the actress is now happy with her current relationship with a French guy who has a resort in Siargao Island of Surigao del Sur.