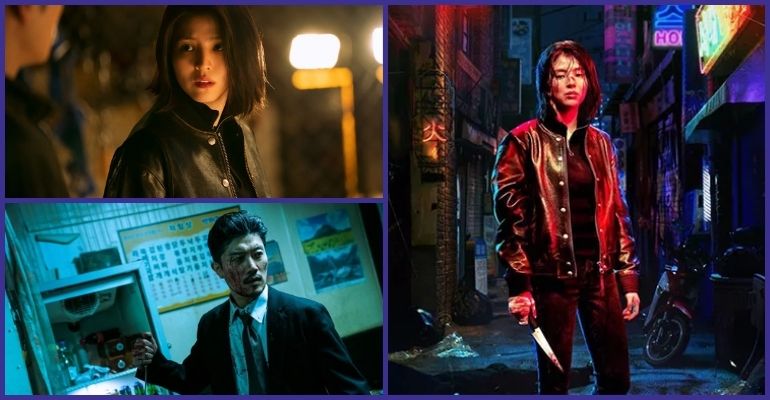 Netflix dropped its latest South Korean series, My Name, on October 15, and it has been trending on Twitter because netizens are swooning over the cast.

The eight-episode long series follows a revenge story of the main lead played by Han So-hee. “Following her father’s murder, a revenge-driven woman puts her trust in a powerful crime boss — and enters the police force under his direction,” the synopsis read.

Before you watch My Name…

Despite the hype (and thirst), My Name is a violent show. It almost always sees the characters getting roughed up one way or another. So, people who don’t like blood or beatdowns should consider that before they get into My Name!

However, the violence hasn’t stopped people from becoming enamored with the My Name cast, particularly the main lead, Yoon Ji-woo. Ji-woo is played Han So-hee, a mainstay of Korean Netflix shows. She previously starred in World of the Married and Nevertheless. Thus Han, who plays Ji-woo, has garnered attention for her intense acting, ripped physique, and roughed-up appearance.

Not only that, the thirst isn’t exclusive to her.

Ji-woo’s mentor Choi Mujin, played by Park Hee-soon, also caught the eye of quite a few people. So, Han’s admirers enjoy her take on a woman determined to exact revenge on her father’s killer. Mujin, on the other hand, stunned viewers with smart, tailored outfits. And sometimes, My Name pairs Mujin’s looks with a lit cigar or dark-colored liquor in a glass.

If violence wrong, why hot

There’s something about people who get all roughed up. It’s not something new. The idea that someone’s been in a fight can be attractive to some people. Also, some people enjoy the ruggedness of a couple of cuts and bruises. More than that, some people just really like watching ripped stars on television. My Name delivers not only with the action, thrill, and intrigue, but also the elements mentioned earlier.

My Name currently has high praise and ratings as the latest Korean thriller series after Squid Game.