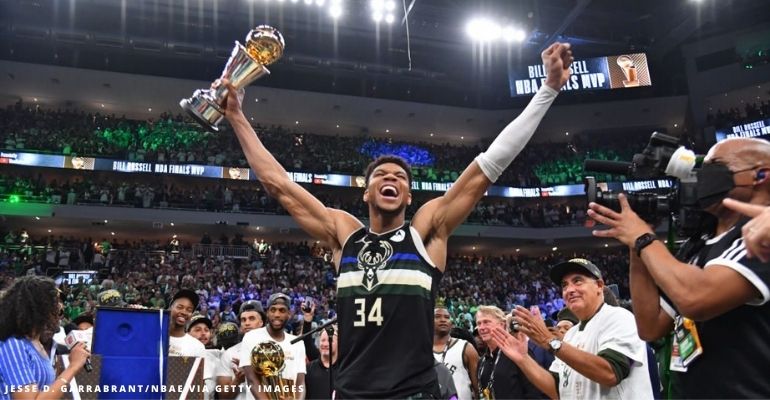 In 2013, Milwaukee Bucks took the risk and drafted a skinny teenager from the second division of Greek basketball with a tongue-twisting name: Giannis Antetokounmpo. Years later, that boy turned into a man and transcended into one of the best players on the Bucks. He eventually became one of the league’s Most Valuable Player two years in a row, and now, an NBA champion.

After 50 years since winning their last championship, the Bucks finally beat the Phoenix Suns in Game 6 of the NBA Finals on Tuesday night, July 20, 105-98. NBA legend Kareem Abdul-Jabbar was the first to bring home the title half-century ago, and today Antetokounmpo led the team and made it happen.

The 26-year-old ‘Greek Freak’ was the first player to have at least 40 points, ten rebounds, and five blocks in a Finals’ game since blocks were first recorded in 1974, the NBA tweeted. He also hit all but two of his 19 free throws, which commentators and fellow players lauded as one for the ages.

During his Finals MVP award accepting speech, Antetokounmpo thank the city of Milwaukee for believing in him and his teammates. “They played hard every freaking game. I trusted this team. I wanted to do it here in this city, I wanted to do it with these guys, so I’m happy. I’m happy that we were able to get it done,” he said.

Bucks coach Mike Budenholzer, on the other hand, praised the Suns, saying they had great players, a great coach, and a great organization before he hailed his team.

Watch the NBA Championship 2021 awarding below.