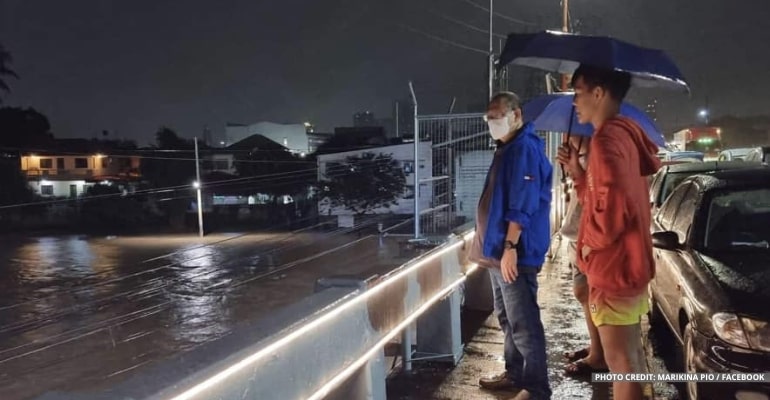 MARIKINA, PHILIPPINES — As of 10:30 am today, September 26, 2022, the Marikina River Water Level is at 16 meters, under Alarm Level 2, according to the Marikina Public Information Office (PIO). Early this morning, around 5,024 families or 21,796 individuals were evacuated from their homes when the water level reached 18 meters, a critical level under Alert Level 3.

Due to the heavy rainfall brought by Typhoon Karding in Central Luzon, the local government of Marikina issued a call for evacuation to residents after the water level of the Marikina river reached the critical stage of 18 meters at 12:33 am, Monday morning.

The evacuees are currently housed in different designated evacuation sites, including school sites.

Teodoro also asked for assistance from the national government and private sector to provide relief goods for the evacuees.

In preparation for the incoming evacuees, Marikina LGU opened around 50 evacuation sites.

Moreover, many residents joined the pre-emptive evacuation, especially those in low areas and those who remembered the devastation brought by Typhoon Ondoy exactly 13 years ago, September 26, 2006.

At 10:30 am today, the water level has subsided to 16 meters (Second Alarm). All eight gates remain open.

For water level updates on the Marikina River, you may follow the official Facebook Page of Marikina’s PIO.  – WhatALife!