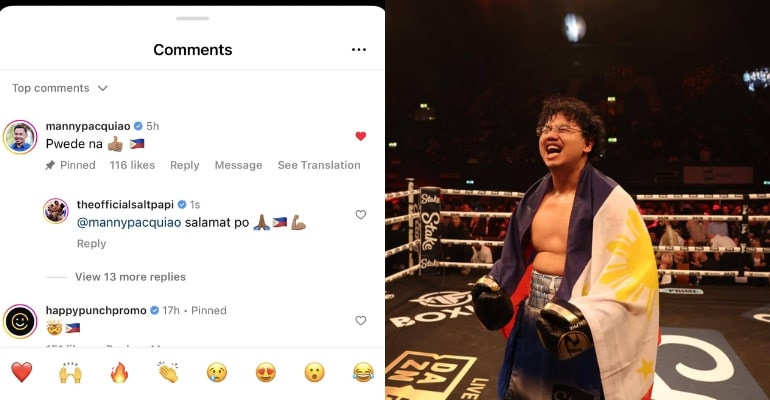 Despite being the underdog and fighting against experienced MMA fighter and boxer Josh “the bogeyman” Brueckner, Salt Papi proved his Filipino boxing genes through a knockdown win in the second round.

During his early years, Salt Papi was introduced to the Filipino Boxing culture and even started training as a kid with his brothers. The social media star also shared they were inspired by Filipino boxing legend Manny Pacquiao. Salt Papi even joined a boxing club in college but never joined an amateur match.

However, in March 2022, he was given the opportunity to fight with Halal Ham in the Misfits boxing event. At that time, Salt Papi was training with Misfits Boxing Promotion which created a place for social media personalities to come train and seriously show off their boxing skills and entertain the fans.

While he appeared to be overweight for his first fight, Salt Papi still had a convincing win in the ring. His victory has then encouraged him to put in the time and hard work in his training. This all paid off during his second fight with Andy Warski on the KSI Misfits 003 fighting event on August 27, 2022, at O2 Arena, where Salt Papi was in an impressive 15-second knockout victory.

After reaching his boxing dream, the YouTube star even caught the attention of his idol Manny Pacquiao who commented “Pwede na” on his post on Instagram. Salt Papi then shared this interaction on Twitter, saying, “The 🐐 approves,” referring to Pacman as GOAT (Greatest Of All Time).