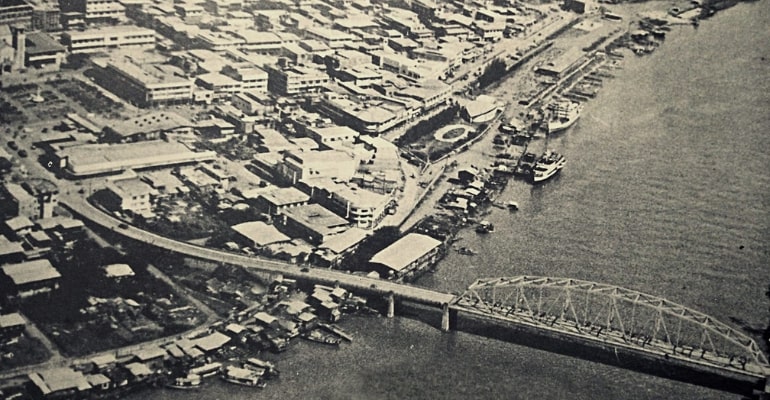 Butuan is a city located in the eastern part of Northern Mindanao. What used to be a center of timber trade has now become one of the Philippines’ rising cities in the south. So let’s see how Butuan became the CARAGA region’s de facto capital!

Butuan and how it came to be

For a long time, Butuan was known as the Rajante of Butuan. It was an Indianized kingdom that flourished due to its sophisticated naval technology and metallurgic industry. They even traded as far as the old Chinese Song Dynasty, where they were described as a small Hindu country ruled by a Buddhist Monarchy.

When the Spaniards arrived with the world-renowned explorer Ferdinand Magellan, they brought with them Catholicism, which sparked the birth of Christianity in the region. The Venetian scholar and explorer Antonio Pigafetta described Butuan as “very abundant in gold that the natives decorated their houses in gold.”

When the Americans took over, the newly established government and the church had some friction due to opposing interests. The Americans favored public schools and prevented the creation of parish schools by all means. These occurrences were not only in Butuan, but it was happening all over the nation during that time.

“We went through all the points of your letter to Fr. Parache, and these are our conclusions: The question of the parish schools should be considered as of great importance; establishing them is an urgent matter, and we should put all our efforts in arousing people to prepare the means for the return of the Sisters and to take steps to assure the subsistence of the teachers employed in both schools” (Urios to Superior, Febr. 5, 1901). (BUTUAN JOURNAL, 1901: AN ANALYSIS OF 68 LETTERS)

The goal of establishing Catholic Schools was to regain the trust of Butuanos due to the rumors of the church helping the Americans by giving tips to rebel camp locations. Moreover, the tensions between the church and locals were also high, coming from the post-revolutionary Butuan.

Under Public Law No. 82, Butuan’s first municipal election was held in March 1902, coinciding with the American occupation of Butuan. Butuan’s politicians and the church were now at peace during this period. However, this peace won’t last long due to the Japanese occupation during World War 2.

During WW2, most, if not all, of Butuan was razed to the ground when local resistance fighters attacked a Japanese Garrison on March 12, 1943. On January 17, 1945, the guerrillas attacked, ambushing Japanese troops between Cabadbaran and Butuan to weaken the Japanese Garrison in Butuan.

However, they were forced to retreat since they ran out of ammunition. Nevertheless, due to their efforts, the US Army liberated Butuan without a hitch. They then staged an attack with the guerillas in the Battle of Agusan, freeing the region from the clutches of the Japanese imperialists.

“Late in June, a battalion of the 31st Division moved by water to the shores of Butuan Bay and advanced southward up the Agusan River toward Waloe. The objective of this maneuver was to deny the valley to remnants of the Japanese forces east of the Sayre Highway and to destroy any of the enemy who might be moving south through the Agusan River Valley from the Surigao Peninsula to join the groups in that area. By 1 July, the battalion had reached Waloe and had overcome all organized resistance. The remaining enemy groups fled to the hills. Operations against these pockets in the area between Malaybalay and Waloe were still under way on 15 August, the date of the Japanese acceptance of the terms of the Potsdam Declaration. (Operations of the Eigth Army in the Southern Philippines)”

Timber City of the South

Butuan’s industry specialized in timber from the late 1940s through the 1970s, garnering it the moniker “Timber City of the South.” The region’s abundance of trees attracted numerous investors and motivated then-Congressman Marcos M. Calo to introduce a bill promoting Butuan for cityhood. This mandate was passed on August 2, 1950, recognizing Butuan as a city.

However, the timber trade didn’t last long due to the fast-growing economic environment. So people started opening small and medium businesses. At the same time, the investors provided funding for large-scale projects such as bridges that connected the city from both sides of the Agusan river.

The Agusan River, the third-longest in the Philippines, is situated in the northeastern part of Mindanao island, which slices through the city of Butuan. The river drains towards Butuan bay and into the Bohol sea, which opened the wide trade for the old Butuan settlers.

However, despite the river’s boon, there are also downsides. The most prominent one is the constant flooding since the area is in a valley.

Being the de facto capital city of the region, the Provincial Capitol is also located in Butuan. Since its inception, the Capitol has not been moved since it holds historical value after the Japanese bombed the surrounding area and remained standing.

The building was then renovated and still stands today!

Butuan’s hallmark of being recognized as a city, the Butuan city hall tells the same story of Butuan’s past. Construction of the city hall complex started in the mid-1990s and was completed last 2003. It was then inaugurated by Mayor Daisy Plaza in 2005, formally declaring the end of the city hall’s construction.

Last 2011, the old city hall burned down, prompting the officials to speed up the construction of the councilor’s building, which started in 2009. The building was planned for 3 floors; the construction finished last 2013.

If this park could talk, it would share its long history. It started as a public square from the Spanish period, a war-torn, treeless park of WW2, and the heart of the currently flourishing cityscape of Butuan. Later in the 1960’s, Guingona Park was renamed to Rizal Park and honored the nation’s hero with a statue and a myriad of fountains.

However, the park has been a victim of neglect for a few years up until the new renovations that started in 2012. It was the first major renovation ever since the 1950s.

Butuan and its Future

The Bancasi Airport, one of the busiest in the nation, is in the city’s vicinity and serves as Cebu Pacific and Philippine Airlines service provider. In addition, the adjacent Nasipit International Port and the Masao Port inside the city meet the city’s shipping and freight requirements.

As one of the leading cities in the Southern Philippines, Butuan has been classified as a 1st class city, improving the lives of its settlers and opening new doors to investors.

A manufacturing-focused industrial park is now being built, which will soon stimulate the industry. Butuan has also established itself as a refuge for renewable energy, with investments coming into the city to produce solar and hydroelectric electricity.

As the gold was deposited into the river banks of the Agusan River, so did the bounties of life. Butuan was blessed with flourishing rivers and forests, including the inhabitants that care for it deeply. Visit Butuan today! –WhatALife!/Vaughn