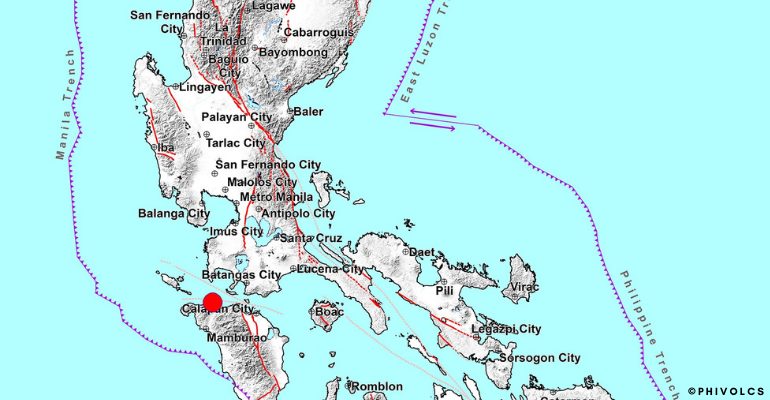 An earthquake with a magnitude of 5.8 struck Occidental Mindoro on Wednesday morning, May 12, the Philippine Institute of Volcanology and Seismology (PHIVOLCS) reported.

PHIVOLCS said aftershocks could be expected, but the earthquake, which struck at a depth of 106 km, was unlikely to cause damage.

The earthquake’s epicenter was in Mindoro province, and it was felt in Metro Manila.

Listed below are the reported intensities:

Also Read: How to Register for Philippine National ID Online