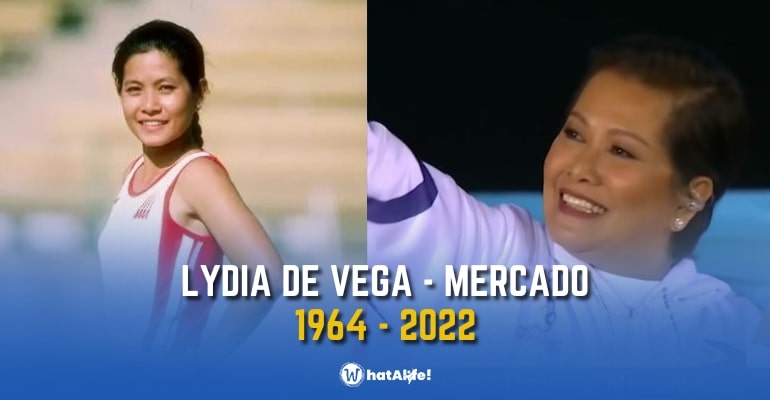 MANILA, PHILIPPINES — Asia’s sprint queen and one of the greatest Filipino athletes of all time, Lydia De Vega died on Wednesday, August 10, at 57 years old. She battled breast cancer for four years.

“On behalf of our family, it is with absolute grief that I announce the death of my mother, Lydia De Vega this evening, August 10, 2022, at the Makati Medical Center.

She fought the very good fight and is now at peace.”

Stephanie revealed just recently that her mother was in “very critical condition.” She went through several procedures, which included brain surgery, ever since she was diagnosed in 2018.

Describing De Vega’s condition as “the biggest race of her life,” Stephanie shared that her mother, confined at Makati Medical Center, was unable to speak, but their family was sure that her mother could hear them talking to her.

“On behalf of the men and women of the Patafa, our deepest condolences and prayers to the family of the great Lydia de Vega. We lost one of our own, one of our best but her spirit will live on in our hearts,” said athletics chief Terry Capistrano.

Since she retired, the Philippine sports icon and track legend settled quietly and became a coach based in Singapore. Meanwhile, her daughter Stephanie rose to fame as a volleyball player.

Lydia’s last major appearance to the public was at the 2019 SEA Games hosted by the Philippines. She was one of the flag bearers, alongside fellow legends such as Eric Buhain, Paeng Nepomuceno, and Efren “Bata Reyes. –WhatALife!/Zed