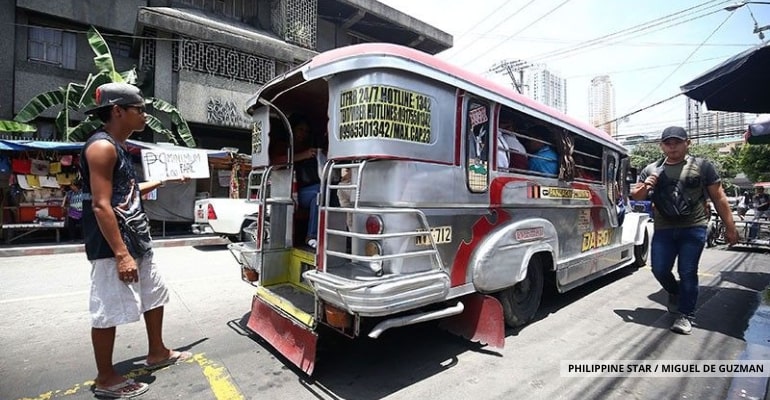 MANILA, PHILIPPINES — The Land Transportation Franchising and Regulatory Board (LTFRB) has approved the temporary P1.00 hike in the jeepney fare in Central Luzon, Calabarzon, and Mimaropa. Drivers travelling on the roads of the selected regions can start collecting the new temporary fare on Thursday, June 9.

The decision was made on Wednesday night. As a result, public utility jeepneys can now collect a minimum fare of P10 for the first four kilometers. No increase will be imposed in the next kilometers.

“While the Board recognizes the plight of the Filipino people every time an increase on price of commodities occur, including the cost of public transport, it cannot be insensitive to the clamor and plight of PUV operators and drivers who are responsible in ensuring a steady supply of public transport services,” said LTFRB.

Additionally, the agency reminded drivers to display the “notice of provisional fare increase” inside their vehicles.

The groups then appealed for a P2 increase recently, which was first rebuffed by the LTFRB but granted half due to the increase in fuel prices on Tuesday, June 7.

1-UTAK Party-list chairman Vigor Mendoza is still thankful for the increase despite the appeal only granted by half during his interview with CNN.

On Sunday, the transport group Pagkakaisa ng mga Samahan ng Tsuper at Operator Nationwide (PISTON) said that some of its members were planning to stop their operations due to the continuing high fuel prices.

However, Acting presidential spokesperson Martin Andanar urged the drivers to continue their operations, saying that the government is doing its part in lessening the impact of the fuel price hikes. – WhatALife!