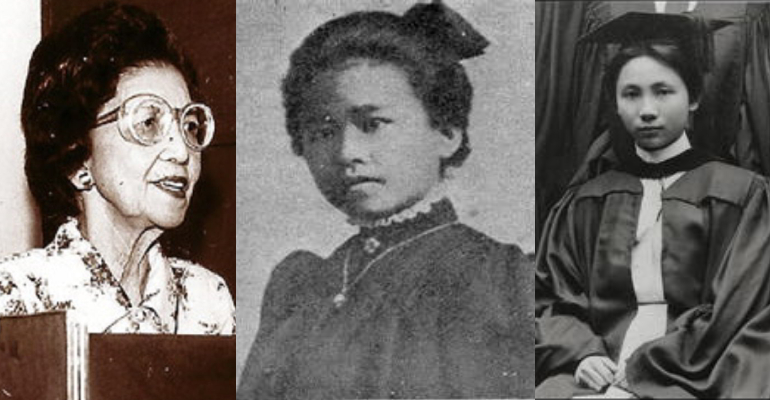 In line with the celebration of the Medicine week, let’s take a look back at these three remarkable Filipinas who emerged in the field of medicine.

These women did not only help cure the sick, they as well, have shown that with competence, perseverance and hard work, attaining one’s dream would be possible.

The first Filipina Doctor, Honoria Acosta-Sison practiced obstetrics and gynecology. Sison got a scholarship to study medicine in the US in 1904 which the majority of her peers and relatives went against it.

She took up her degree at Women’s Medical College, Pennsylvania in 1909. Sison worked as the first assistant in obstetrics at St. Paul’s Hospital, Manila. And in 1914, she became a faculty member at the University of the Philippines. By 1940, she became a professor of obstetrics and gynecology, and eventually became the head of the department of obstetrics.

Aside from being the first-ever Physician, Sison also achieved the following:

Also known as the Pioneer Woman Physician of the Philippines, Olivia Salamanca is the second Filipina who became a physician.

A native Caviteño, Salamanca went to the United States after being appointed as one of the 37 Filipino scholars by the Philippine Government in 1905. She studied in St. Paul, Minnesota to complete her secondary course and later to Women’s College in Philadelphia to obtain her medical degree. Salamanca was only 20 went she graduated and passed the civil service examination.

Salamanca was also known for:

The first Filipino pediatrician and established the first-ever pediatric hospital in the country, Fe del Mundo joined the International Red Cross and volunteered to care for children at the Unversity of Santo Tomas. Hence dubbed as The Angel of Santo Tomas.

Born in Manila, del Mundo decided to pursue medicine after her older sister passed away due to appendicitis at age 11. As she earned her medical degree at the University of the Philippines (UP) in 1926, del Mundo also pursued pediatrics.

Declared Class Valedictorian in 1933, then-president Manuel Quezon granted her a full scholarship to further her studies in any medical field of her choice at any school in the United States. Del Mundo became the first and only woman to enroll in Harvard Medical School in 1936. After the school officials mistook her as a male student, they unwittingly accepted her application. It was until she arrived in Boston when they found out, yet the head of pediatrics chose not to pull her out because of her strong record.