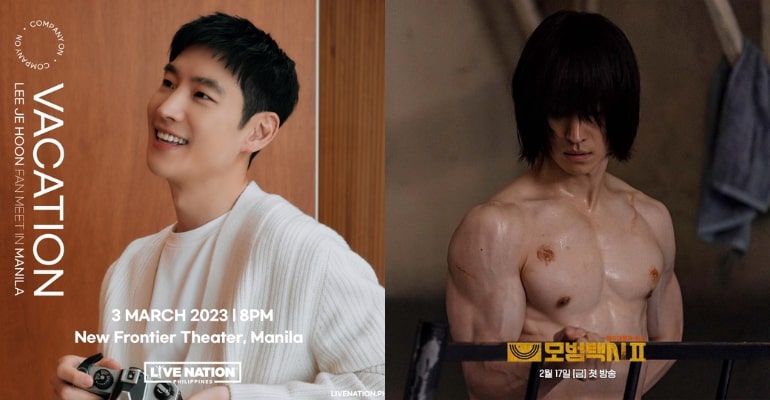 MANILA, PHILIPPINES —  South Korean actor Lee Je Hoon from the k-drama “Taxi Driver” is coming to Manila for a fan meet this March 23, 2023!

See the ticket prices for the fan meet below:

Lee Je Hoon is a South Korean actor well known for many dramas, including the recently concluded “Taxi Driver.” He started his career in indie films, followed by commercial films, including The Front Line (2011), Architecture 101 (2012), and My Paparotti (2013).

The drama series inspired by a webtoon of the same name is set to return for a second season in February.

Lee Je Hoon continues his role as Kim Do Gi, a driver at the Rainbow Taxi agency, and doubles as a “taxi hero,” hunting down and punishing villains on behalf of the victims.

New stills for Season 2 have been released by SBS. It shows the character Kim Do Gi in a jail cell, with longer hair than in Season 1. The new photos show Do Gi in a prisoner’s uniform or topless while working out in solitary confinement.