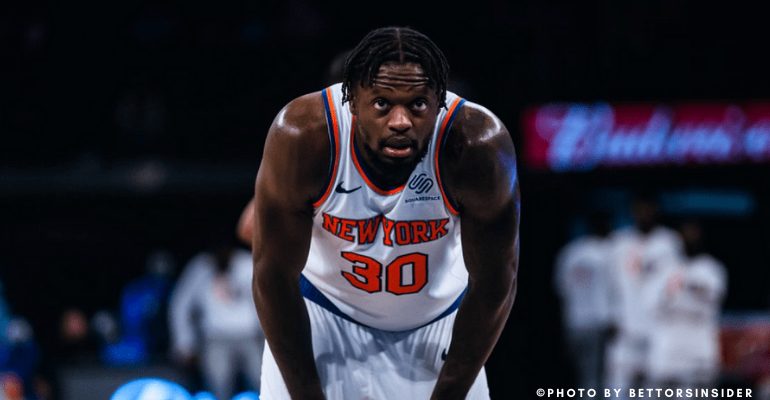 For the first time since 2012, the New York Knicks are headed for the playoffs with their Knicks vs Celtics win, 96-92.

RJ Barrett scored a game-high 22 points and helped the Knicks clinch the No. 4 seed in the Eastern Conference on Sunday, May 16 (ET Time).

New York will be facing the No. 5 seed Atlanta Hawks in the first round.

Team Standings Before the Game

The Knicks forward Julius Randle was responsible for putting the team in a position to claim the 4th seed by scoring a triple-double with 33 points, 10 rebounds and 13 assists in Saturday’s game. They won 118-109 against Charlotte.

There’s also Derrick Rose, who played for 25 minutes on the said game but scored 15 points on 6-of-9 shooting. He averages 21.0 points over his last seven contests.

Aside from that, the Knicks allow the least points in the league at 104.8 points per game. They also hold their opponents to a 33.9% shooting from behind the arc.

On the other hand, the Boston Celtics are locked in the 7th seed ahead of the playoffs. Moreover, for the Knicks vs Celtics game, they have a long list of players that sat out of the contest, namely, Kemba Walker, Jayson Tatum and Evan Fournier, among others.

The Celtics were confident before the matchup with the Knicks since they are 6-1 in their last seven matchups. Boston has also gained victory on each of its previous five games against the Knicks. That’s why Sunday’s game was such a close call.

After one period, Boston led with 24-23, but the Knicks took the lead for good at 37-35 with 4:23 left and then a half-ending run helped them score the final 12 points. In the third quarter, the Celtics pulled within single digits, but the Knicks fought back with an 18-6 run, which gave them their biggest lead at 75-54.