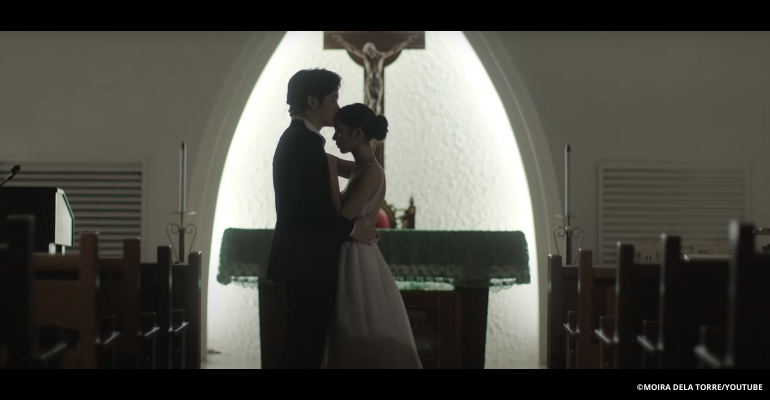 Just when everybody thought that the pain of “Paubaya” was over, Moira Dela Torre released the official music video of the song and made everyone shed a tear again.

The music video, which Moira released on her official YouTube channel on Valentine’s Day, follows the story of a couple (played by Joshua and Julia) who was about to get married. However, scenes in the video show a sense of uncertainty between the two.

The video also featured flashbacks showing how happy the couple were together, most specially when they first got engaged.

Then, on their wedding day, Julia, who was unable to say her wedding vows to Josh, runs out of the chapel. She then returns to see Josh still waiting for her at the altar.

The music stops and, in the middle of the ten-minute long music video, both Josh and Julia apologized and thanked each other for the memories and the experiences that they shared and made together.

The couple ends their relationship in a bittersweet manner; this time, with Josh leaving Julia at the altar.

Fans of the former love team commented that both Josh and Julia showed authentic feelings in the video. They saw this as an opportunity for the two to finally find closure after they’ve separated ways.