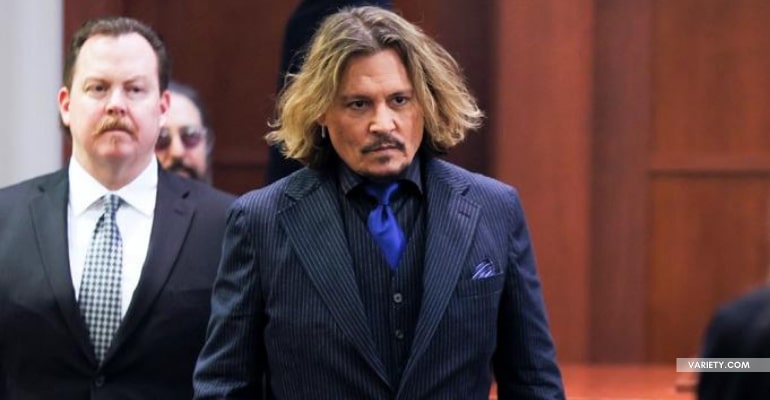 Johnny Depp, American actor, musician, and producer, begins his testimony in his defamation case against his ex-wife Amber Heard on Tuesday, April 19.

He has received accusations from her former partner, which is ruining his reputation and career with false allegations of domestic violence.

Depp, well-known for his work on the franchise “Pirates of the Caribbean,” is suing Heard for 50 million in a Fairfax County Virginia court for defamation after the actress published an op-ed last 2018 about her experience with domestic abuse.

The actor stated in his testimony that he and his ex-wife had arguments during their relationship. However, he denied the alleged abuse and violence.

“Never did I myself reach the point of striking Ms. Heard in any way, nor have I ever struck any woman in my life,” he said.

He also stated that despite not being called by name in the piece, it still caused him financial losses as he also lost the future roles of the film “Pirates of the Caribbean” after his 15 years of leading the franchise.

His statement includes a description of how his career has been affected after the accusations of abuse.

“One day you’re Cinderella, so to speak, and then in zero point six seconds, you’re Quasimodo,” he said.

He added, “I didn’t deserve that and nor did my children, nor did the people who had believed in me all these years.”

It was during the set of a 2009 film entitled “The Rum Diary” that the two of them met. They married in 2015 and settled for a divorce in 2016 with a joint statement stating,

“Our relationship was intensely passionate and at times volatile, but always bound by love.” – WhatALife!