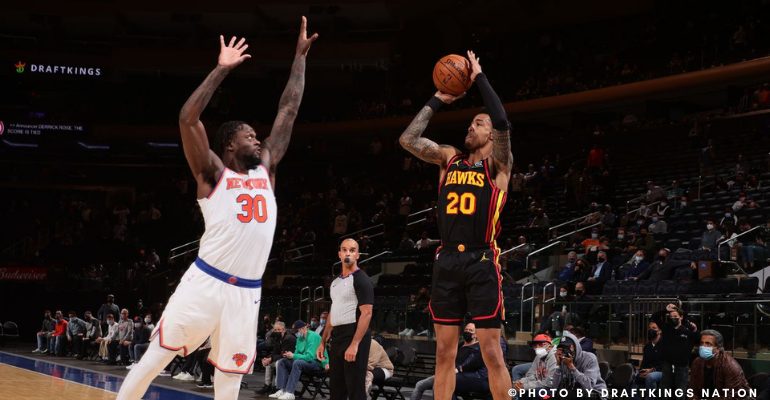 The New York Knicks have won their first playoffs game since 2013.

During Game 2 against Hawks Wednesday night, May 26 E.T., the Knicks were able to even the series 1-1—all thanks to Derrick Rose, Julius Randle, and Reggie Bullock, who helped the team to a 101-92 win.

The Atlanta Hawks gave an impressive performance in the first half, especially from Trae Young, De’Andre Hunter, and Kevin Huerter. However, because of a cold shooting stretch in the later part and a standout offense from the Knicks, the latter eventually won the game.

The only reason that New York won the Knicks vs Hawks game was because of Rose’s performance. From the beginning to the end, he was the best player on the court, finishing with 26 points, 4 assists, and 4 rebounds off the bench in at least 39 minutes of the game.

Rose’s 14 first-half points were the reason why New York kept treading water heading into halftime. Because of this, Knicks coach Tom Thibodeau decided to start him in the second half instead of Elfried Payton.

The Knicks struggled to get anything going on offense for most of Game 2, just like their last performance. That’s why Rose is crucial for their victory because he can create his own shot with the starters. Thus, leading to the Knicks’ offense improving after halftime.

Game 2 of Knicks vs Hawks Recap

Rose was not the only key player in Game 2 of Knicks vs Hawks. Randle came with a vengeance in the third quarter after a miserable first half. He was 0 for 6 with just two points at halftime. However, because of Rose moving into the starting lineup to open the third quarter, he made a 3-pointer and scored 11 points on 4-for-5 shooting. This gave New York a surge into the lead. Also, Randle was deserving of the Most Improved Player award because he finished with 15 points and 12 rebounds.

The Hawks led by 12 midway through the third quarter before Randle helped with a 16-2 spurt. His jumper after consecutive 3-pointers by Bullock increased the surge and made it 74-72 with only 1:45 left in the period. The Knicks then led 88-78 with 8:34 left in the fourth quarter. But, Young decreased the lead with a 13-3 burst that tied them at 91. But, with only a few seconds left, the Knicks eventually took the victory with 101-92.