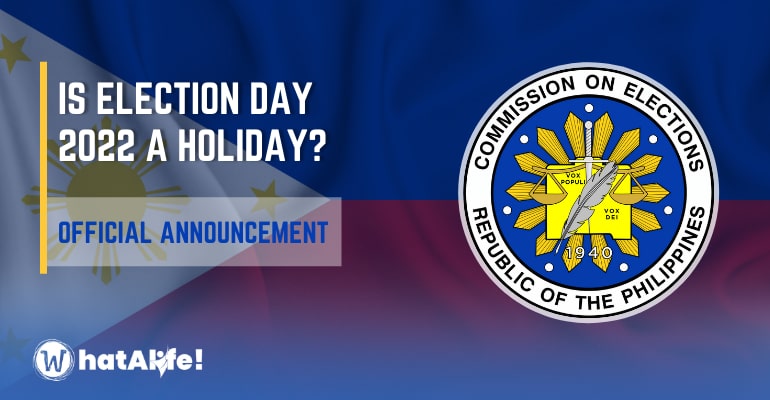 On Thursday, Duterte signed Proclamation No. 1357, declaring May 9 a national holiday “to enable the people to properly exercise their right to vote.”

The Commission on Elections (Comelec) had already requested that Duterte declare next week’s Monday as a special non-working holiday.

“Now, therefore, I, Rodrigo Roa Duterte, President of the Philippines, by virtue of the powers vested in me by law, do hereby declare Monday, 09 May 2022, a special (non-working) holiday throughout the country for the National and Local Elections,” the order stated.

See the official proclamation below:

The proclamation is in response to Comelec’s request to the president to make the May 9 election day a holiday; through Comelec Resolution No. 10784 seeking the President to declare May 9 as a special non-working holiday countrywide.

A holiday was needed, according to the Comelec, “to afford the registered voters with the fullest opportunity to participate in the stated election and exercise their right to vote.”

Meanwhile, for this year’s elections, there are around 65.7 million locally registered voters and 1.69 million overseas voters.

During this early voting period, around 84,000 government workers, troops, and members of the press will be able to vote.

On April 2, the election board finished printing all 67.4 million ballots for local distribution, whereas local absentee ballots began being distributed on April 13.

Comelec Commissioner Marlon S. Casquejo stated at the briefing that on May 7, defective ballots will be destroyed in front of members of the media, political party leaders, and other groups.

The Comelec’s packing and moving committee are headed by Election Commissioner Aimee P. Ferolino, who stated that 48 percent of official ballots and 96.4 percent of vote-counting machines have been delivered to the department’s regional hubs. – WhatALife!