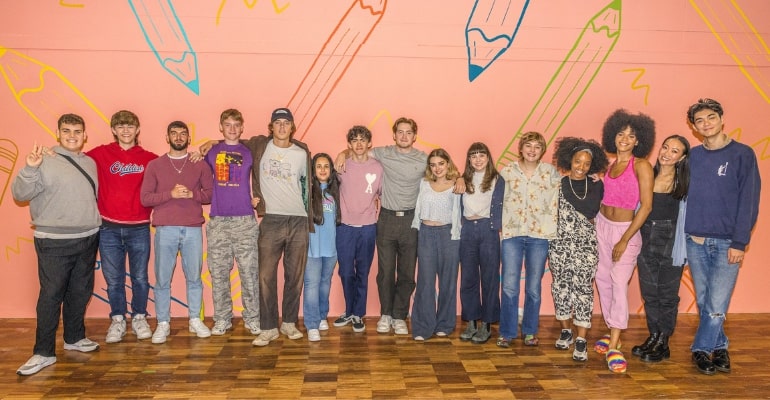 The hit Netflix series Heartstopper is back in production for Season 2! Here’s what we know so far…

LONDON, UK — Netflix has announced that Heartstopper Season 2 is officially in production through a video uploaded on the streaming company’s official social media pages.

The teen comedy series that highlights the love story of two teen boys took over the whole world upon in release on Netflix. The viewers loved it so much that Netflix renewed the show not only for one more season but two!

The succeeding seasons were confirmed by Heartstopper writer Alice Oseman on her official Instagram page, saying, “SEASONS 2 AND 3. I’d better get to work…”

So, what do we know of the upcoming Season 2 so far?

First off, Oseman will return as the writer, and our favorite couple Nick Nelson (played by Kit Connor) and Charlie Spring (Joe Locke), are sure to be stars of the show again.

In preparation for Season 2, many casting calls took place. Let’s get to know some of the new characters released below:

In the comics, Sahar is good friends with Truham and Higgs students such as Elle, Aled, Tara, Nick, Darcy, Charlie, and Tao.

Meanwhile, David (Nick’s brother) is a college student who is not impressed by the relationship between Nick and Charlie.

Olivia Coleman, the supportive mother of Nick, is likely to return for the second season, along with Fisayo Akinade as Mr. Ajayi.

Rhea Norwood completes the cast as Imogen, who fancied Nick, not knowing that he was in love with Charlie.

There’s little known about the plot other than the fact that it will continue where it left off.

Viewers will witness the journey of their favorite couple, Nick and Charlie, as they navigate their relationship in public, especially when it’s discovered by their school.

Alice Oseman also confirmed with Digital Spy that the topic of mental health might also be tackled in the new season. It can be noted that Charlie had previously suggested how he struggled with his mental health when he came out.

“[I] definitely want to be bringing in the themes of mental health because that’s something that’s really important in the books,” Oseman said.

Additionally, Season 2 will give viewers the chance to see whether Tao and Elle will take their relationship to another level or remain as friends.

Unfortunately, no official announcement has been made regarding the release date of the new season. However, since production started in September, putting into account post-production and other stages, Season 2 may be released at the same time as the first season, which was on April 2022.

It’s no secret that Heartstopper took the hearts of many viewers who commended Netflix for putting into the screen a blossoming love of two LGBTQ+ characters in a coming-of-age drama that showed the complexities of sexuality.

In addition, it allowed those who identify with the characters to be seen – an important concept for the media to explore in this day and age. – WhatALife!