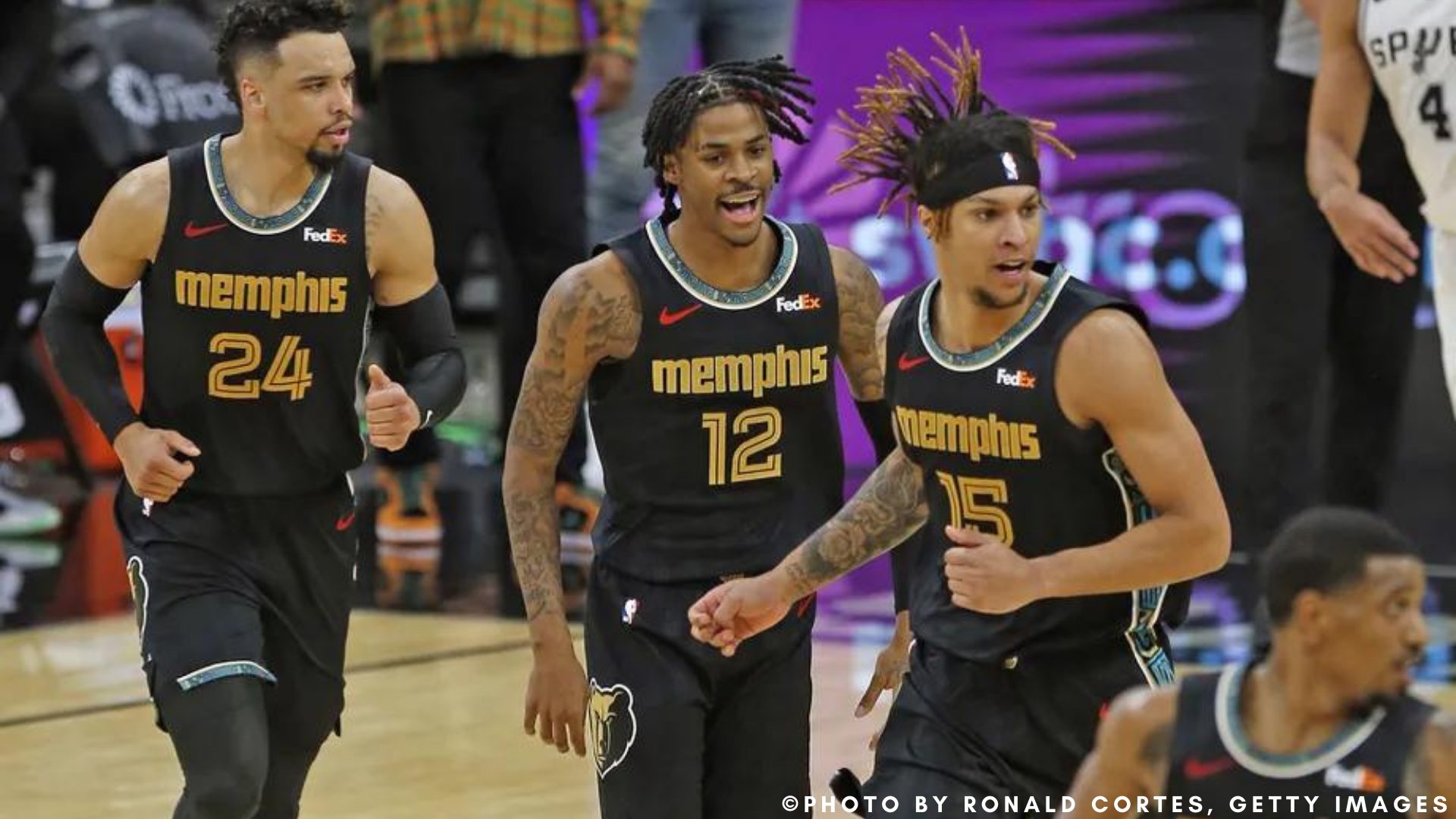 Memphis triumphs over San Antonio in yesterday’s (May 20) Grizzlies vs Spurs game, 100-96, placing 8th in the western conference rankings. However, the Grizzlies say they’re far from satisfied.

Grizzlies guard Ja Morant says, “It feels good, but I mean we’re not in the playoffs yet.”

“We still have one more in front of us. Really important. The same importance as tonight. It’s going to be, do or die,” center Jonas Valanciunas added.

A combined effort from Dillon Brooks, Morant, and Valanciunas paved the way for Grillies’ win.

Brooks led the team with 24 points and seven rebounds. While, Valuncianas and Morand contributed 23 points and 20 points, respectively, ending the game with a cumulative 67 points and 37 rebounds from the power trio.

End of the Road for the Spurs

Meanwhile, this loss marks the end of the road for the San Antonio Spurs for this 75th NBA season—a second time that they have been eliminated from the playoffs. This also marks the first time in franchise history that Spurs have missed the playoffs in consecutive seasons.

Spurs coach, Gregg Popovich, is still proud of his team despite this. “No matter what the mistakes, no matter what the circumstances are, they really fight,” the 72-year-old coach remarked. “That’s a good base. So, I’m really proud of the way they conducted themselves and played to win.”

The Grizzlies are set to play against the Golden State Warriors for the no. 8 seed for the playoffs at Chase Center in California, which will be happening Saturday, May 22 (PHT).

The Spurs, meanwhile, are going offseason, and Popovich will be preparing for the Tokyo Olympics as head coach of the US team.