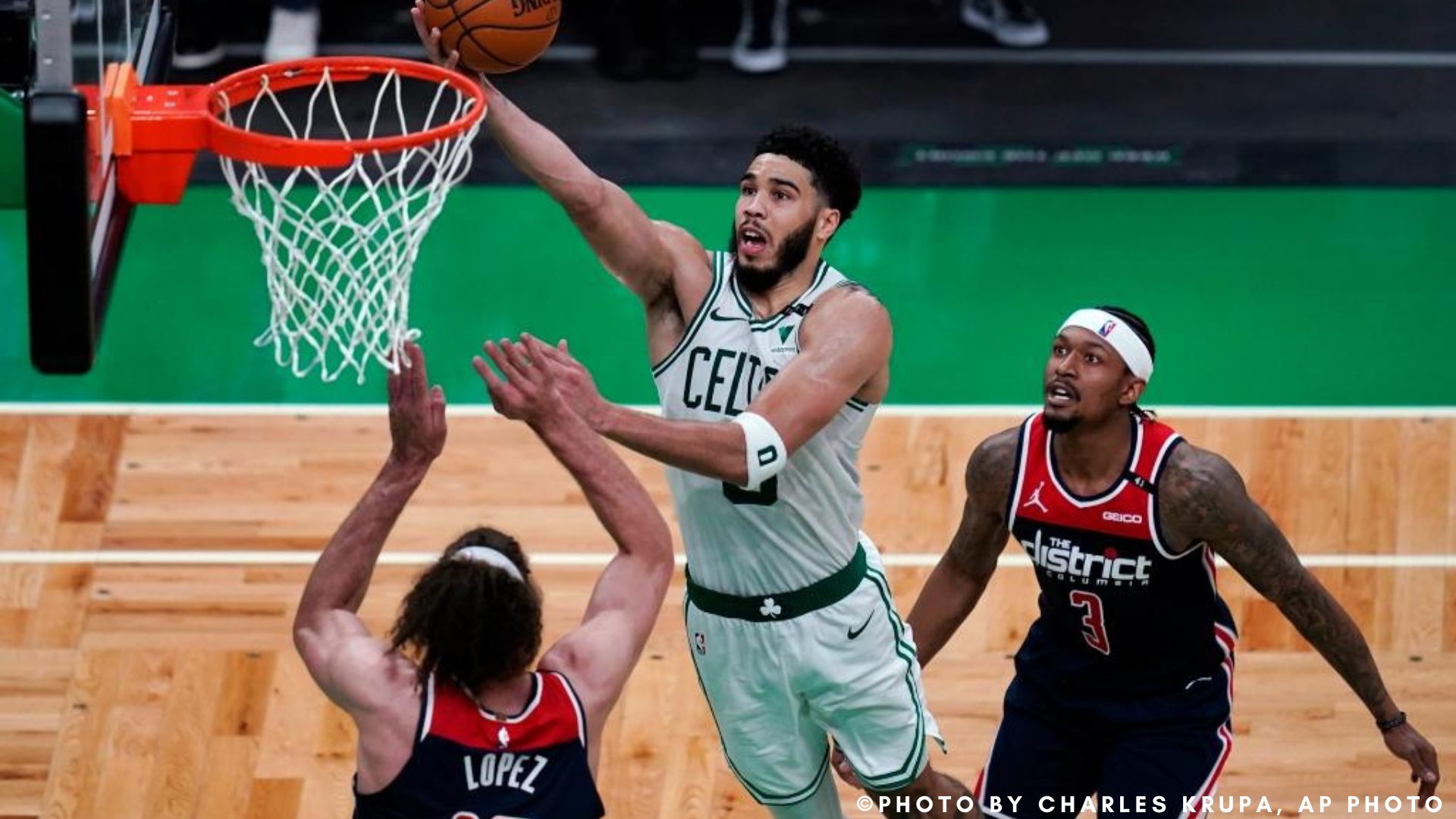 It’s been rough for the Boston Celtics as they suffered through loss after loss the past weeks but Jayson Tatum proved to be the team’s saving grace during the last Celtics vs Wizards game on Wednesday morning, May 19 (PHT).

The first quarter was an even play between the two teams, but the Wizards had a lead by the second quarter. Third quarter came and went with the Boston team taking the lead from Washington, thanks to Jayson Tatum and Kemba Walker’s 3-pointers.

Tatum scored 50 points during the match, along with eight rebounds and four assists. He had a perfect 17 of 17 from the free-throw line and scored 32 out of 50 during the second quarter.

The Celtics forward also dominated during the third quarter with 23 points, nearly outscoring the Wizards’ 26 all by himself.

Meanwhile, Celtics guard Kemba Walker also contributed to Boston with 29 points, a considerable boost considering their second-leading scorer Jaylen Brown was absent from the game. He will be sitting out the rest of the season due to a wrist injury.

This win for the Boston Celtics secured them as the 7th seed for the playoffs and will soon face the Brooklyn Nets for their first-round matchup on May 23 (PHT).

The Washington Wizards put up a good fight but were ultimately unmatched by Tatum and Walker.

Beal was still dealing with a tender hamstring which affected his play during the Celtics vs Wizards game.

But while the Wizards had seceded to the Celtics, they’re not out of the contention yet. They have an upcoming match against the Indiana Pacers for the 8th seed of the playoffs, also happening on Sunday morning.

Also Read: Everything You Should Know About the NBA Playoffs 2021