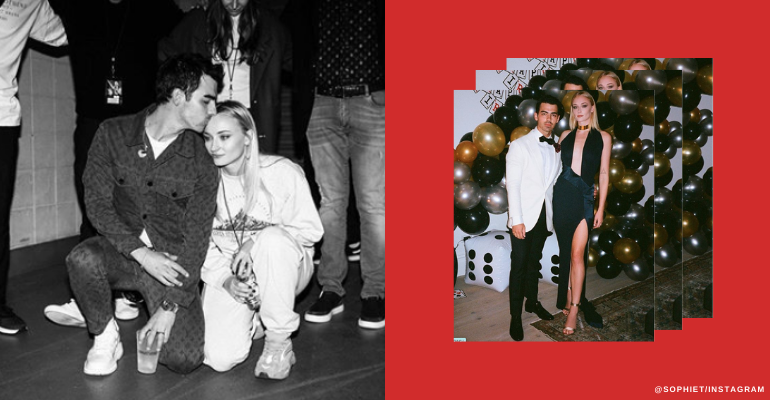 ‘Game of Thrones’ actress Sophie Turner, 23, and singer Joe Jonas, 30, are expecting their first child almost a year after getting married.

Just Jared confirmed the pregnancy news. However, Turner and Jonas have yet to comment on it, but sources say “the couple is keeping things very hush hush, but their friends and family are super excited for them.”

The couple officially tied-the-knot on May 1 last year, in a low-key Las Vegas wedding following the Billboard Music Awards. An Elvis impersonator officiated the wedding while Joe’s brothers, Nick and Kevin, served as his groomsmen. Their wives, Priyanka Chopra and Danielle Jonas, also attended the said ceremony.

Known stars in the music industry also witnessed the ceremony, including DJ Diplo, who posted an Instagram livestream, Khalid, and actor Tom Holland.

The newly wedded couple then filed for a marriage certificate at the Clark County, Nevada.

Two months later, Joe and Sophie had their second wedding in France, attended by their family and several of their friends. Sophie’s best friend and ‘Game of Thrones’ co-star Maisie Williams was present.