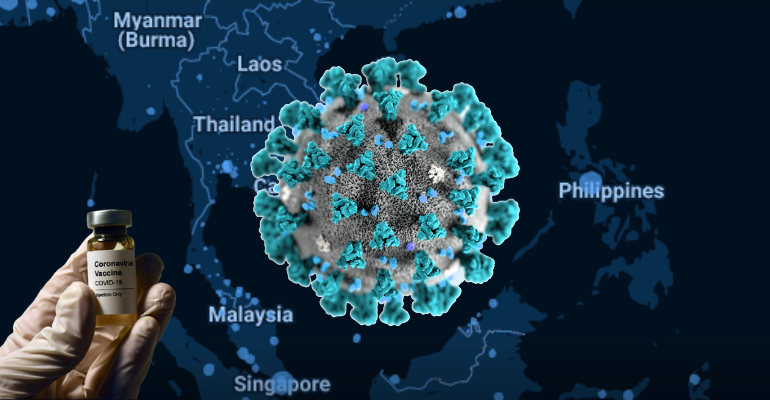 487,200 doses from the COVAX facility, led by the World Health Organization, were received at the Ninoy Aquino International Airport past 7 p.m. on Thursday evening.

Defense Secretary and NTF Covid-19 chairman Delfin Lorenzana states that the vaccines will be “delivered to storage for repackaging to prepare for immediate distribution to our frontliners,” after the ceremony.

The AstraZeneca vaccines are the second batch of vaccines to arrive in the country after the 600,0000 Sinovac vaccines from the Chinese government.

Supposedly, 525, 600 doses of AstraZeneca were expected on March 1, 2021. However, there were “supply problems” which caused the delay, according to vaccine czar Carlito Galvez Jr.

Galvez also explains that the decrease in number of the doses from 525,600 to 487,200 was due to cargo limitations as the vaccines were delivered via commercial flight. “Meron tinatawag na mga packaging requirements and this is a commercial airline, kasama po may mga pasahero po ito so may restriction po tayo sa baggage…Considering na commercial, nagkaroon po siguro ng limitations sa cargo,” Galvez stated.

Throughout the year, the Philippines expects to receive an estimate of 5.5 to 9.2 million vaccines from AstraZeneca through the COVAX facility.