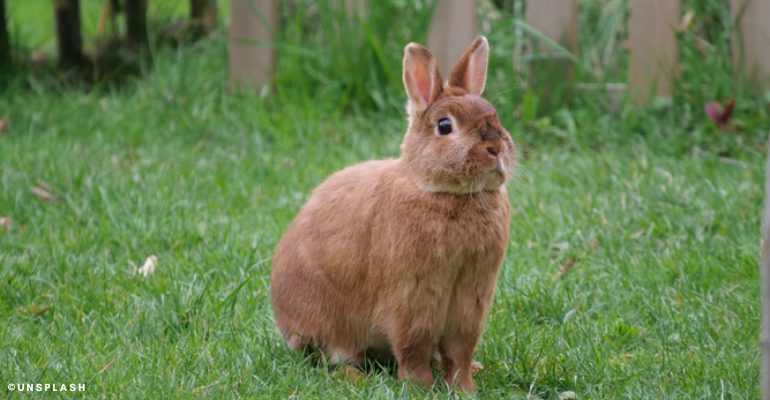 Have you heard? The Philippines is now considering rabbit meat as an alternative to pork!

Due to the rising price of pork (caused by the African Swine Fever (ASF) threat), Filipinos have long since shifted to chicken as alternative meat.

This, of course, causes chicken meat prices to hike. Typical price and demand relationship. Eventually, we’ll have to explore plant-based sources of protein like soybean or nuts, according to a position paper by the University of the Philippines’ Los Banos Department of Agriculture and Applied Economics.

On the other hand, the Department of Agriculture has long expressed its idea of rabbit meat as a potential replacement for pork. This especially gained attention last year when it became apparent that the ASF outbreak is getting harder to contain.

Why rabbit meat? Agriculture Secretary William Dar shared that it’s because a rabbit’s growth cycle is very short since they efficiently convert food into meat. They are prolific breeders, too, faster than pigs, goats, or sheep. Moreover, their meat is high in protein, just like chicken.

The United Nations also back the consumption of rabbit meat. In fact, the Food and Agriculture Organization (FAO) shares how it is highly nutritious, low in fat and cholesterol, and is rich in protein, vitamins, and other minerals.

Overall, rabbit meat is an ideal substitute, indeed. But are Filipinos ready for it? Let’s take a quick look at a few concerns Filipinos have over rabbit meat.

Is it normal to eat rabbit meat?

YES. In fact, many countries all over the world produce tons of rabbit meat every year. China leads this production with 457,765 tons produced back in 2019. This is followed by the countries listed below:

There are also many rabbit meat importer such as:

Unfortunately, there are no rabbit meat production and trade statistics available for the Philippines, mainly because rabbit meat isn’t exactly that popular here. It’s not widely consumed. Furthermore, we usually see them as adorable pets we keep in our homes.

However, Bulacan is actually a major area for rabbit raising in the country.

Will the Philippines be able to sustain the demand?

Now that rabbit is announced to have a huge potential in the Philippines market, will our farmers be able to meet and sustain the demand?

Right now, rabbit meat is averaging around PHP 400 per kilo. We have very few rabbit farmers, after all. Usually, they are people just raising their rabbits in their backyards. The production is so low that they can’t even meet the demand of restaurants already offering rabbit meat dishes. Currently, they’re still looking for more raisers to help with production.

Rabbits only take around 2 to 3 months to reach a marketable size – a fact that interested farmers will appreciate. It’s less than twice the period it takes for pigs. It’s also similar to the period it takes to raise chickens (around 28 to 45 days).

But the time period isn’t the only important thing to consider here. A rabbit farmer from Pampanga, Chuck Dizon, shared how there needs to be more research when it comes to meat quality or, more importantly, how to have better rabbits. At this time, the Philippines have small rabbits that take more time to grow than those of other Southeast Asian countries.

We are not ready yet for rabbit meat. Consumers are still hesitant, and it will take time for them to accept rabbit meat into their diet. Next, we need more support and research when it comes to rabbit meat. It has great potential, but we have to pay more attention to it if we plan on eating it in the future.