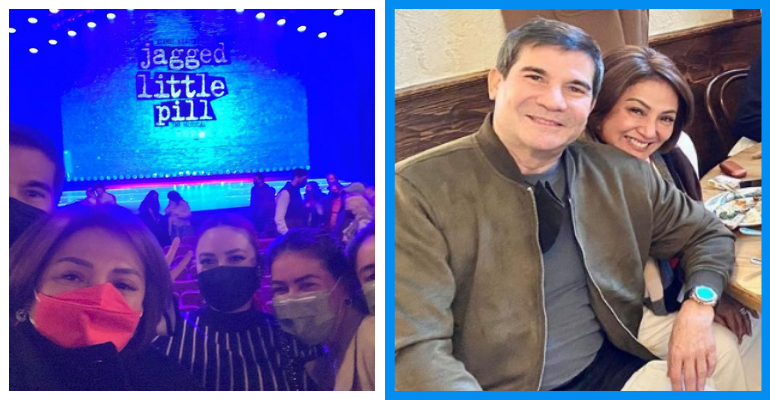 Manzano confirmed the rumours that he is indeed in a relationship with actress Picache in a text conversation with broadcaster Cheryl Cosim, aired exclusively on ONE Balita on Friday, November 19.

Cosim sent the 66-year-old actor a photo of the newscast script that romantically links the two actors, and the journalist asked, “How true?” Manzano replied, “You’re the funniest! Yes, my dear.” The broadcaster then re-confirmed the news and responded, “How true!?!” and he replied, “Opo, Ma’am Cheryl.”

Fans first speculated the relationship when the 51-year-old actress shared a photo on Instagram during a recent trip to New York. In the post, the actress was seen leaning on Manzano’s shoulder as they posed for a group photo. They were accompanied by radio host Tim Yap, Janine Gutierrez, Arci Munoz, and several more companions.

In September, Picache posted a birthday greeting for the actor, saying, “You are blessed and graced with an amazing life with all that it has to offer, and you’ve lived and continuously living it with so much gratefulness, charism, generosity, kindness, positivity, and laughter… To more wonderful years that are yet to come!”

The two veteran actors currently star in the ABS-CBN teleserye Marry Me, Marry You, where they play as an estranged couple. – WhatALife.ph

You Might Also Want To Read: Trina ‘Hopia’ Legaspi of ‘Goin’ Bulilit’ marries her non-showbiz boyfriend