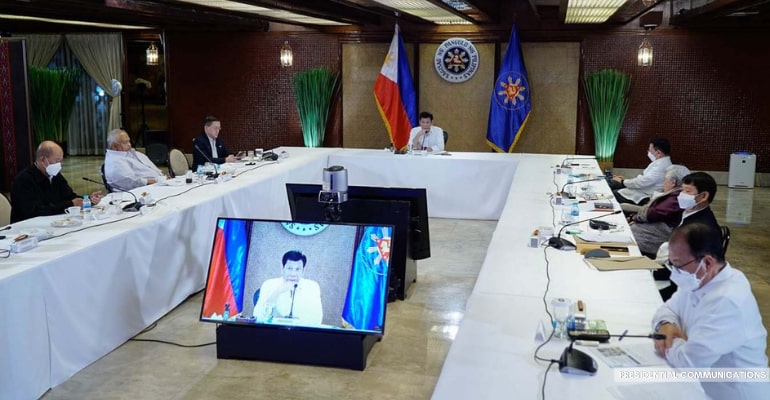 “The recommendation of Secretary [Eduardo] Año is to do away with e-sabong and he cited the validation report coming from all sources. So it’s his recommendation and I agree with it, it’s good, so e-sabong will end,” Duterte said.

According to Duterte, an order prohibiting the operation of e-sabong will come out by Tuesday.

Prior to this, Duterte stated that he had instructed Año to undertake a survey on the social impact of online sabong through the Department of the Interior and Local Government.

(Consequently, Sec. Año did his job, reporting and confirming what I was hearing. The revenue is what we were worried about.  P640 million is still P640 million, but I’m hearing things that are loud and clear to me, and they’re working against our values.)

Duterte’s latest statement is a departure from the administration’s prior decision not to suspend e-sabong activities, despite senators’ calls for the suspension in Senate Resolution No. 996, citing the unsolved disappearances of certain e-sabong participants.

On Tuesday, Duterte stated that the government’s previous position was only based on the economic benefits of e-sabong. Chairperson of the Philippine Amusement and Gaming Corporation, Andrea Domingo, has stated that halting e-sabong could have financial and economic consequences, noting that the industry had earned at least P640 million each month since January. – WhatALife!