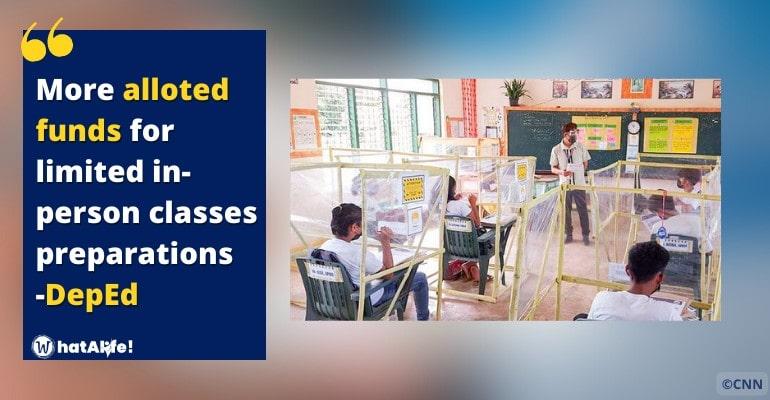 On Monday, the Department of Education (DepEd) promised schools that additional money will be available to prepare for the gradual expansion of limited in-person sessions.

Following allegations that some instructors are using their resources for the preparation of restricted face-to-face classes, the Teachers Dignity Coalition (TDC) criticized the national government in a Facebook Livestream for allegedly “taking advantage” of teachers’ generosity.

Here’s the allotted fund for each region:

(Immediate action is very important, especially in financial matters, when it comes to continuing education over the past two years. That is why it is also our priority, and under the direction of Secretary Leonor Magtolis Briones, to be proactive in planning and anticipating the needs of our personnel, teachers, and learners.)

(We at DepEd also understand the importance of the engagement of our teachers along with the community, LGUs, and organizations such as the PTA in ‘shared responsibility’ when it comes to preparing our schools.)

The Department of Education also advised school leaders at schools that are part of the progressive development of face-to-face classrooms to work with division and regional offices to secure the financial funds. – WhatALife!