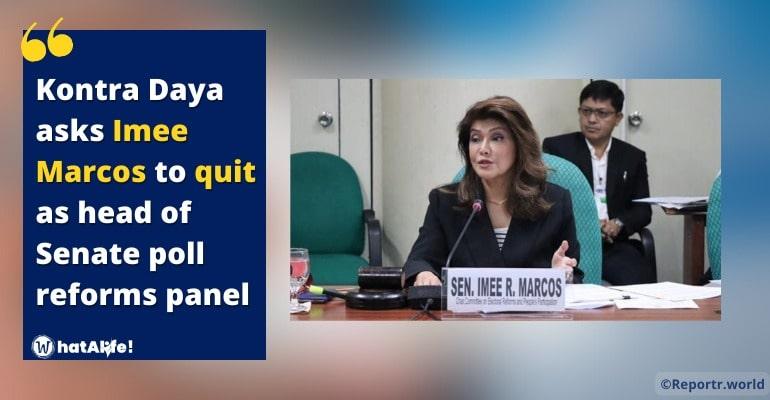 In the wake of the investigation into the suspected data breach at voting system vendor Smartmatic, election watchdog Kontra Daya called on Senator Imee Marcos to quit as head of the Senate committee on electoral reforms on Saturday.

Imee previously disclosed a “security breach” in the Smartmatic system, which serves as the software provider for the Commission on Elections (Comelec) in the Eleksyon 2022.

(There is a certain degree of optics involved there and it is a seemingly awkward moment that the one who is leading the investigation is the sister of the current running for president.)

(That is why Kontra Daya also called, Imee Marcos does not need to resign from the Senate, but she should resign as a chair of the Senate committee on electoral reforms.)

However, he emphasized that there are many senators who may “stand up” to ensure that the investigation has a “certain degree of independence.”

Arao said the situation must be examined, but urged Imee and other incumbent senators running in May 2022 Election to refrain from participating. They are Senator Francis “Kiko” Pangilinan, Panfilo “Ping” Lacson, Emmanuel “Manny” Pacquiao and Senate President Vicente “Tito” Sotto III. – WhatALife!