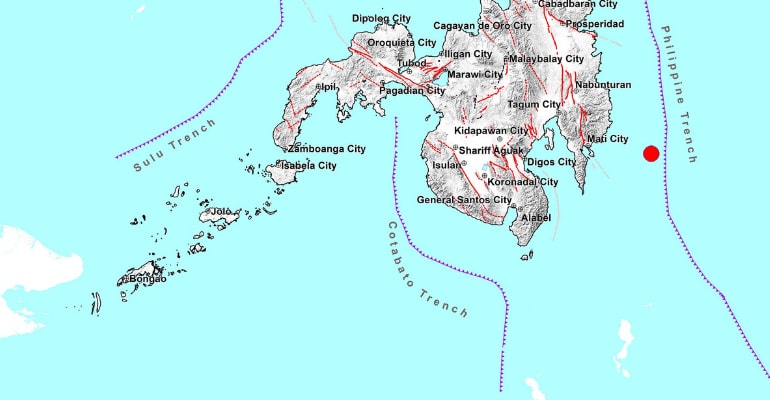 The Philippine Institute of Volcanology and Seismology (Phivolcs) reported a magnitude 6.1 earthquake in Davao Oriental and nearby areas on Thursday morning, April 21.

The quake struck at 5:57 a.m., in Manay, Davao Oriental, according to Phivolcs.

The quake, which was of tectonic origin, had a depth of focus of 021 kilometers.