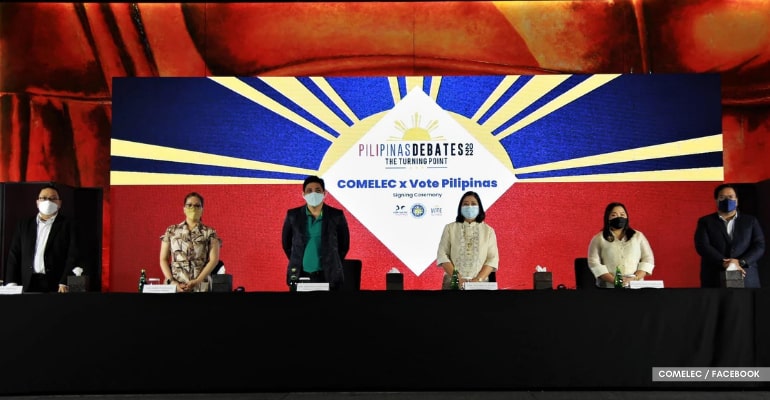 MANILA, PHILIPPINES — Commissioner George Garcia stated on Monday that instead of a town hall debate, the Commission on Elections (Comelec) will have a panel interview for presidential and vice-presidential candidates.

Comelec Comm George Garcia: Comelec, in partnership with KBP, has announced that the concluding event of the PiliPinas Debates 2022 Series will no longer be Vice-Presidential and Presidential Town Hall Debates. @gmanews #Eleksyon2022

The event will now be known as “Comelec-KBP Pilipinas Forum 2022,” and it will take place from May 2 to 6. The final guidelines will be issued on Tuesday.

(Candidates can choose where it will be held and whether it will be virtual or face-to-face. We’ll make the necessary changes.)

The panel interview guidelines will be announced tomorrow, according to the official, who also stated that all candidates will be given a one-hour interview.

In-person or virtual interviews are the choices given to candidates based on their preferences.

Meanwhile, Garcia previously stated that several presidential and vice-presidential contenders may be unable to participate in the rescheduled debates, which will take place on April 30 and May 1 instead of the planned April 23 and 24 dates.

The poll body, according to Garcia, extended invitations to presidential and vice presidential candidates on Monday morning. Comelec hopes to receive a response on their involvement.