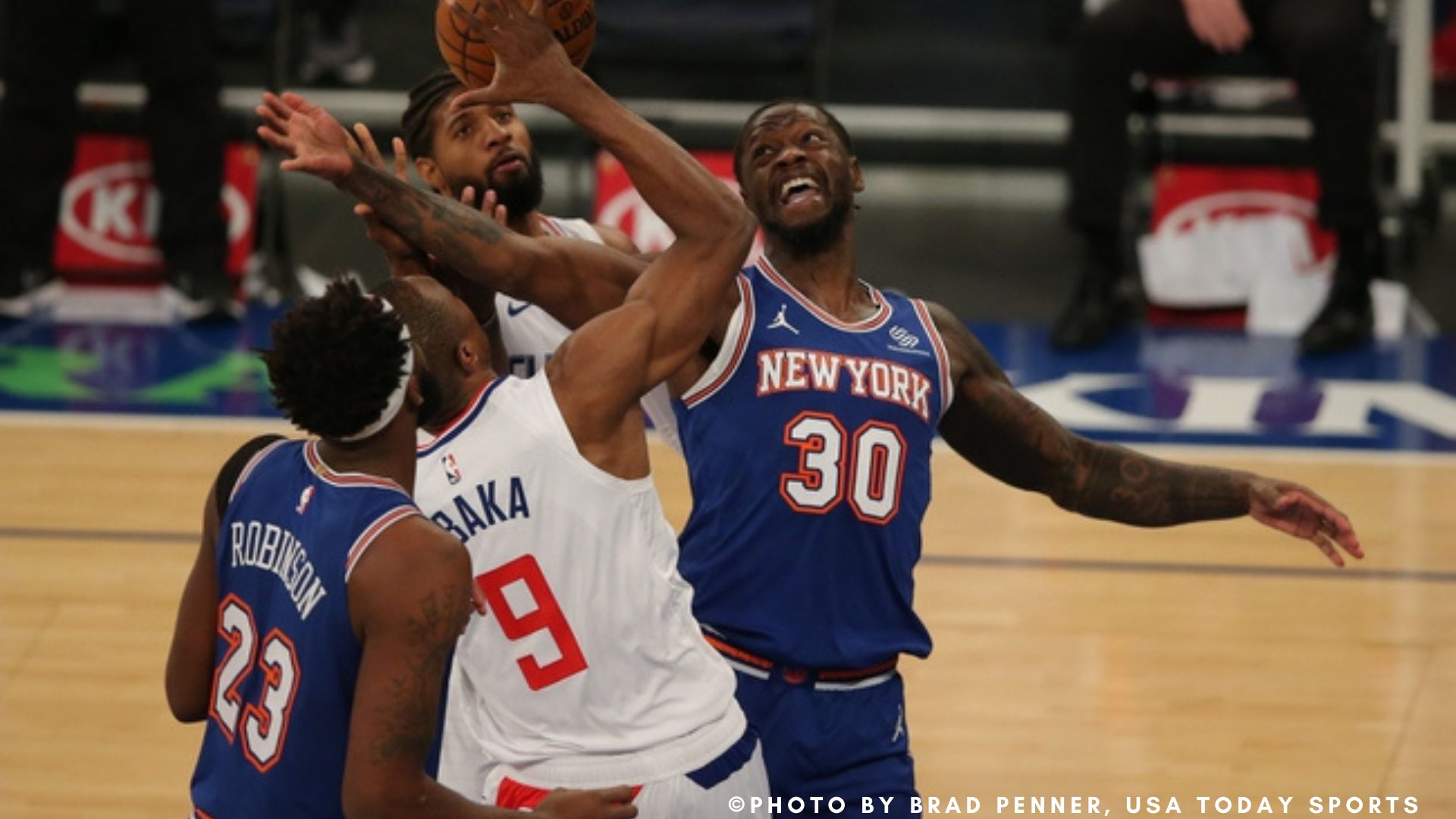 The Los Angeles team ended their two-game winning streak in their home court on the last Clippers vs Knicks game last Sunday, May 10.

Derrick Rose and Reggie Bullock led the New York team to victory as they contributed 25 and 24 points, respectively, with additional eight assists off the bench from Rose.

Bullock made five 3-pointers against his former team while RJ Barrett added 18 points, 12 of those from four 3-pointer shots he made. Meanwhile, Julius Randle chipped in 14 points and 14 rebounds for the Knicks.

Randle’s offense was down in this Clippers vs Knicks game compared to his last five games, but Knicks coach Tom Thibodeau remained optimistic.

“…the big thing is the perseverance, the way he rebounded the ball and the hustle plays,” he said. “He played a great game without shooting the ball great.”

Clippers lead but quickly lose it

Kawhi Leonard led the LA team in the Clippers vs Knicks game with 29 points, four rebounds, and three assists. Paul George followed behind with 18 points and eight rebounds, while Nicolas Batum added 13 points off the bench. Reggie Jackson totalled 12 points for the Los Angeles team.

While the Clippers had a lead of at least 10 points in the first quarter, the Knicks quickly caught up by the second quarter and had a 56-54 lead by the end of the second. Continuing on that momentum, the New York team extended that lead to five points by the third and finally clinched the win at 106-100.

This win firmly secured the Knicks in the 4th spot of the standings and will face another Los Angeles team, the Lakers, on Wednesday morning (PHT) at the same venue.

The Clippers, on the other hand, are still in the 3rd spot in the Western Conference. They will play against the Toronto Raptors at the Amalie Arena in Tampa, Florida, on Wednesday morning (PHT).