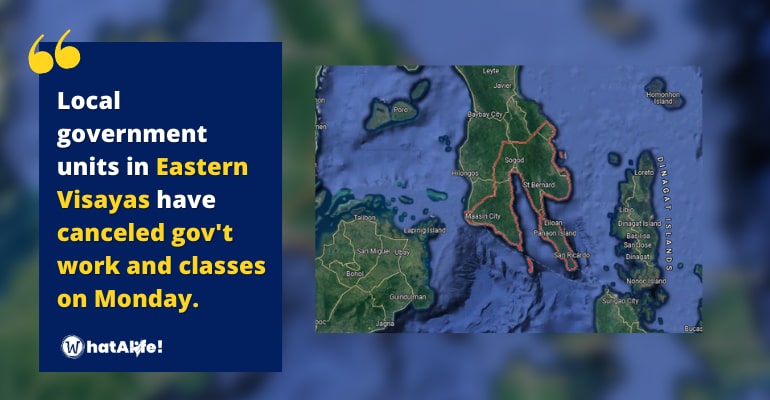 Due to severe rains and massive floods brought by Tropical Storm ‘Agaton,’ local government units in Eastern Visayas have canceled government work and classes at all levels for Monday.

Governor Damian Mercado of Southern Leyte released an executive order suspending all classes and work in all government and private institutions.

The following places that suspended work and classes are:

Similar directives were issued in:

The suspension order, according to Revita, does not apply to government employees who work directly in disaster risk reduction and management, peace and order, or emergency health care.

On Monday, April 11, the LGUSs of Biliran, Almeria, Culaba, and Kawayan also issued executive orders prohibiting office operations in all government offices and instrumentalities except those at the frontlines whose services would be needed in an emergency situation.