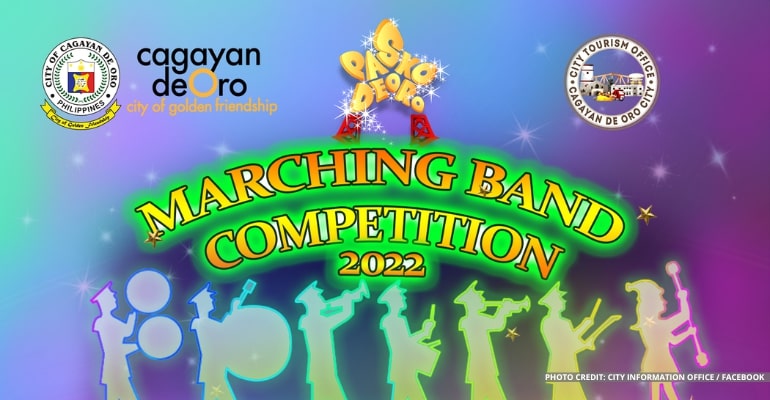 CAGAYAN DE ORO CITY, PHILIPPINES — The CDO City Tourism and Cultural Affairs Office announced the launch of five different competitions for the celebration of Christmas this coming December through their official Facebook page.

Among the competitions that will be held are the Marching Band Competition, open to community bands in the city; Bangga sa Daygon, open to private and public elementary schools; and Christmas Village Around The World 2022, which various barangays may join.

The Facebook post states the Marching Band Competition “… is a street dance parade, and showdown competition uniquely created solely for students in the city, aimed to uplift the spirit of togetherness in celebration of the most magical time of the year, the Christmas season.”

Starting in Gaston Park, participating contingents will perform their street dance parades while wearing their costumes and floats. Each will bring a live band of musicians to the Tiano Brothers Street to accompany their dance battle performances.

The Indigay sa Parol 2022 and Paskorela competition is also open to all Kagay-Anon, where participants can show their abilities in the field of arts and design. Meanwhile, the Bangga sa Daygon is open to all private and public Elementary Schools.

The month-long Christmas celebration in the city will be marked through the annual ceremonial lighting ceremony, where people can witness the lighting of Christmas decorations at City Hall and Gaston Park. – WhatALife!/Zed