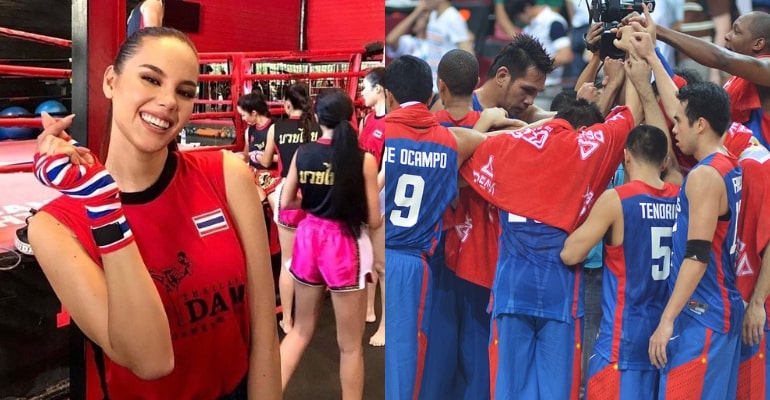 MANILA, PHILIPPINES — The Gilas Pilipinas 2013–14 and Miss Universe 2018 Catriona Gray will serve as local ambassadors for the country’s historic hosting of the Fiba World Cup in 2023.

This group exemplifies Fiba’s principles and beliefs, upholding responsible, progressive, and team-centered methods on and off the court.

Meanwhile, Gray is no stranger to sports, particularly martial arts, where she owns a black belt in Choi Kwang-do, and feels privileged to represent basketball and the globe through her position as a beauty queen and young ambassador.

“I am excited to extend a warm welcome to everyone, including our guests, here in the Philippines. I am positive that our celebration will be memorable,” she said.

The beauty queen is eager to showcase the Filipinos’ renowned hospitality through her platform as a World Cup ambassador.

Tenorio and Chan were thrilled that the SBP still decided to keep their unique group involved in hosting the historic World Cup 2023. Almost a decade after their dramatic victory over South Korea in the 2013 Asian Qualifiers earned them a silver medal and secured them a spot on the world stage for the first time in 40 years.

In support of the country’s hosting, Chan shared the sentiments of his Barangay Ginebra colleague and urged Filipino supporters to show their full support.

The SBP will soon announce the next phase of ticket sales, which will include special packages.

In addition, Panlilio extended an invitation to the fans to join the “One Year To Go” Countdown Clock Launch on Saturday at the SM Mall of Asia Music Hall, which would also feature a drone and fireworks display show. –WhatALife!/Brix