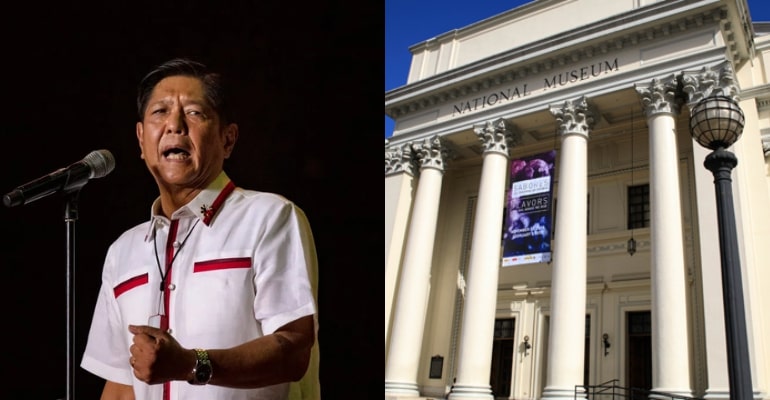 MANILA, PHILIPPINES — President-elect Ferdinand “Bongbong” Marcos Jr. will take his oath as the 17th president of the Philippines at the National Museum, according to his inaugural committee.

On June 30 2022, Bongbong Marcos will take his oath as the next president of the Philippines at the National Museum instead of Quirino Grandstand, where he stated his desire for his oath to take place.

However, his inaugural committee announced his camp’s decision after inspecting that there are still COVID-19 facilities in the venue.

“The safety and welfare of our people are paramount. As such, we chose to avoid disrupting the medical care being given to the COVID-19 patients housed there. That’s why we opted for the National Museum as the venue,” said incoming Presidential Management Staff secretary Zenaida “Naida” Angping.

The National Museum is found to be a “suitable venue” after the inaugural committee’s ocular inspection.

“The National Museum of Philippines building and its surrounding areas match our requirements for President-elect Marcos’ inauguration. Preparations are already in full swing to ensure that it will be ready by then,” Angping said in a statement.

It was first designed in 1918 and constructed in 1926. However, it was also destroyed during World War II and then was subject to massive reconstruction from 1949 to 1950.

Like other establishments, the National Museum was closed at the height of the COVID-19 pandemic in 2020. It reopened in March 2021 when health restrictions were eased. – WhatALife!