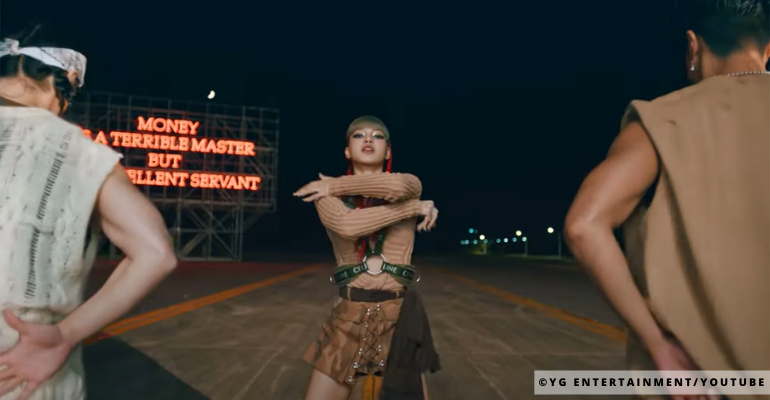 BLACKPINK’s Lisa achieved her first-ever entry as a soloist on Billboard’s Pop Airplay chart, entering at No. 40 for her B-side track MONEY.

Billboard has announced the 24-year-old idol’s latest feat on Tuesday for the chart’s week ending on December 18, making her the only female Kpop solo artist in history to debut on the Pop Airplay chart. Only two other K-pop soloists have ever entered the chart: PSY with his smash hit Gangnam Style and BTS’ Suga as a featured artist on MAX’s Blueberry Eyes.

As a group, BLACKPINK ranked in the chart last year with Ice Cream, their hit collaboration with Selena Gomez.

Besides the new milestone, MONEY also extended its record as the longest-running song by a Kpop soloist ranking on Billboard’s two other charts: Global 200 (No. 53 week 13) and Global Excl. U.S. (No. 30) chart this week. Lisa’s solo title track LALISA likewise stayed firm on the Global Excl. U.S. chart at No. 198.

You Might Also Want To Read: Top 10 Most-Searched Songs in Google Philippines 2021