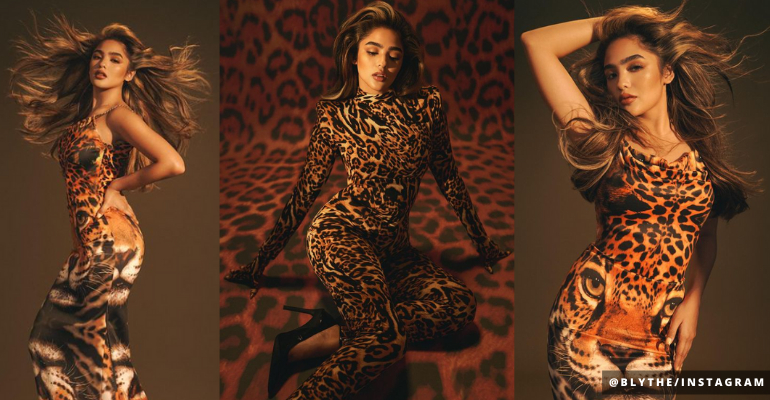 Former child actress Andrea Brillantes welcomed the New Lunar Year with a roaring photoshoot inspired by the Year of the Tiger, sharing the photos yesterday, February 2.

“Gong Xi Fa Cai,” she greeted her fans while joking, “Nadapa (I stumbled) but make it fashion!” in another post, showing off a gorgeous tiger-printed dress to mark the Chinese New Year.

Meanwhile, BJ Pascual, the photographer behind the amazing photoshoot, said that the portraits showed Brillantes’ look for the “Hide and Chic Ball,” as posted in his IG account last Tuesday.

“A little late for the Hide and Chic Ball,” he said.

Brillantes is best known for her roles as the titular character in Annaliza (2013) and as Marga Bartolome in Kadenang Ginto (2018).

The actress made headlines recently after some dedicated fans noticed that she and her fellow actress Francine Diaz appeared to have unfollowed each other on Instagram. – WhatALife.ph

You Might Also Want To Check Out: Diego Loyzaga says US trip was ‘sudden, unplanned’