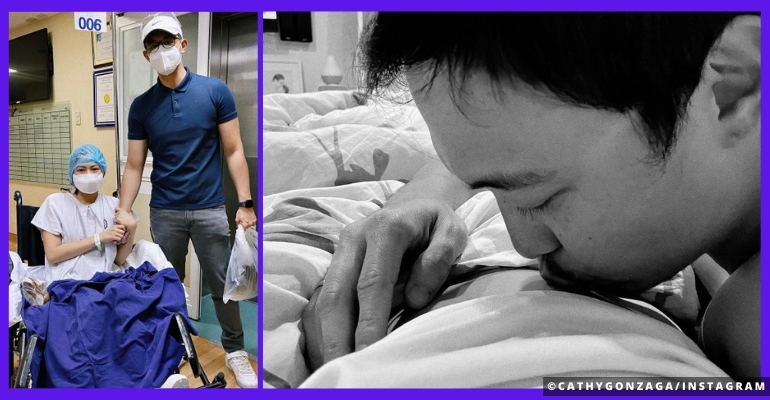 Filipino celebrity and media personality Alex Gonzaga revealed Sunday that she has gone through a miscarriage.

Gonzaga shared that she was pregnant with her first child with her husband Mikee Morada, in an Instagram post.

“Two months ago, we found out that I was pregnant and 3 weeks ago, we got a heartbreaking news that we might be having an anembryonic pregnancy (blighted ovum),” her post read.

Anembryonic pregnancy is among the leading causes of miscarriage. This occurs when an early embryo never develops or stops developing, is resorbed, and leaves an empty gestational sac.

Gonzaga described the experience as something that “tested” her family’s faith as they continued to hope for a successful pregnancy.

“Everyday we were clinging on to a miracle that an embryo would still appear but last Tuesday (Oct. 12), the Lord’s will prevailed and we finally closed the book of our first pregnancy,” she said.

“To our baby whom we almost had, thank you for giving mommy and daddy joy even for a short span,” Gonzaga added.

The actress said she shared their story “to give hope” and tell those going through a similar pain that healing is possible.

She continued: “Don’t ever lose hope. It’s not your fault this happened. At your own pace you can start to grieve and heal.”

The 33-year-old actress also thanked those who allowed her and her family space to grieve, saying, “We know in His perfect time, He will bless us with our ultimate desire.”

Alex Gonzaga is the younger sister of actress Toni Gonzaga. Aside from her active acting career in the showbiz industry, Alex also manages her self-titled YouTube channel, one of the most subscribed channels in the country.