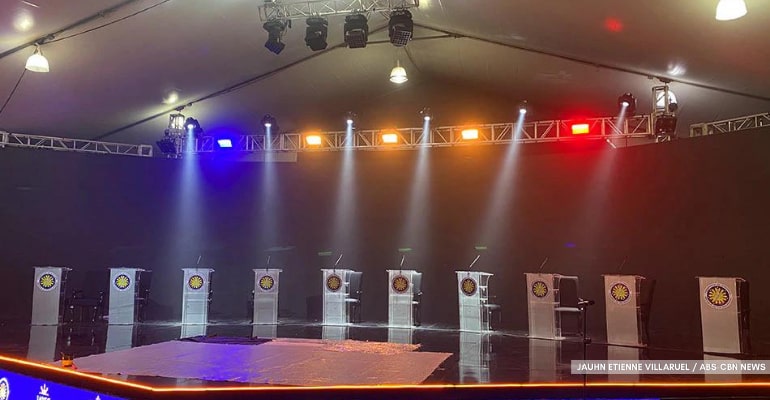 MANILA, PHILIPPINES — The Commission on Elections (Comelec) announced on Thursday that four presidential and three vice-presidential candidates have verified their participation at the panel interview sessions that the poll body and the Kapisanan ng mga Brodkaster ng Pilipinas (KBP) would broadcast next week.

According to Comelec Commissioner Garcia, four presidential and three vice-presidential contenders have confirmed their participation in the panel discussion so far.

“We are really asking them to participate, other than the fact that this is their last hurrah. The KBP has 1,000 (members), try to imagine this opportunity,” Garcia stated.

“They are paying to run their 30-second ads. This is free for a full one hour. We are hoping they grab this opportunity. It’s one hour for free,” he added.

Despite the fact that several of the candidates’ campaign teams have already stated that they will not participate in the panel interview, Garcia stated that they are still hopeful because they have not formally communicated with Comelec.

Meanwhile, the poll body has announced the parameters for the Pilipinas Forum 2022, a series of one-hour panel interviews between a single candidate or team of candidates conducted by a panel of broadcast anchors picked from KBP-member networks.

Every contender will make an opening remark in response to the question, “How do you lift the Philippines out of the challenges and crises it faces today?” in which they have only eight minutes to speak.

The main session will be broken into three phases, with an interactive discussion between the candidate and the committee.

Inflation and poverty, livelihood, wages, and businesses will be talked about in the first segment, which will last 10 minutes.

The second segment will focus on education, healthcare, and the Covid-19 response.

Meanwhile, addressing important problems such as red-tagging, press freedom, and fake news, and other topics will be discussed in the third segment.

The session will conclude with the candidates’ closing statements, which will last two minutes and require them to respond to the following question: “What will be the brand of your administration? And how can you ensure that the lives of every Filipino will improve during your six years in office?”  – WhatALife!