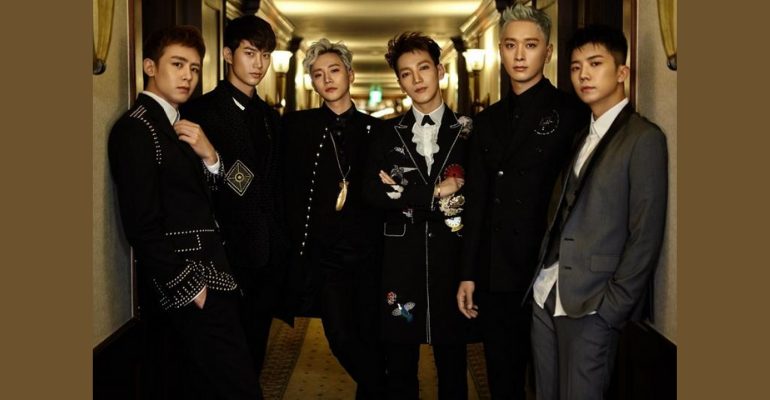 Hottest, put your ‘Hands Up‘ in the air and ‘Go Crazy‘ because 2PM is set for a comeback real soon!

According to Korean newsite Soompi, the announcement was made following Junho’s upcoming military discharge in March. With Chansung having completed his service earlier this month, Junho’s discharge will mark the successful completion of the 2PM members’ military service.

Although 2PM has not made a comeback as a full group since 2016 due to the members’ military service, their music has managed to stay in the spotlight nonetheless. Aside from the members’ various solo releases and projects, their 2015 hit “My House” suddenly enjoyed an unexpected resurgence in popularity last year, when it went viral five years after its release and inspired countless covers by younger idols.

Looking towards the year ahead, 2PM remarked, “With all of the members together, we will greet you with good content. Please look forward to a 2021 that is chock-full of 2PM.”

Junho is currently scheduled to be discharged from the military on March 20, 2021.

2PM is a South Korean boy band formed by JYP Entertainment, originally an eleven-member band known as One Day, in 2008. Eventually, the band was split into 2PM and a similar but independent group known as 2AM.

Initially, a seven-piece group, Korean-American rapper and leader Jaebeom (famously known as Jay Park) has left the group due to controversies in MySpace in 2009. Despite the controversy, the group went ahead with its first studio album 01:59PM released on November 10, 2009.

Excited to see 2PM again as a full group? While you wait, check out their playlist here!

Read Also: BLACKPINK’s LISA to return as dance mentor on “Youth With You”