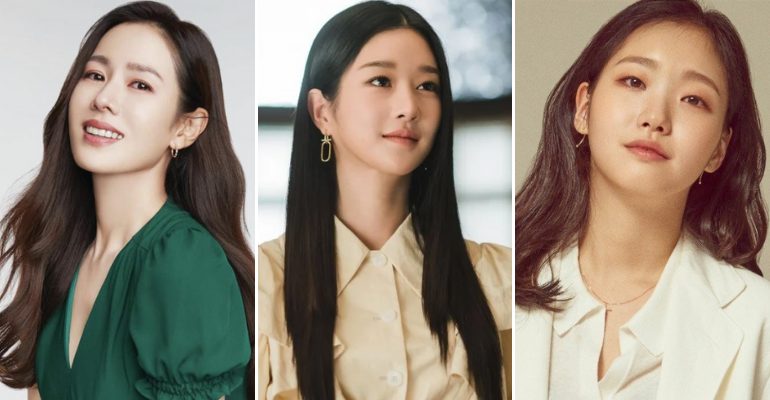 ATTN: Make room for the queens who stole our hearts in 2020

Soompi has released its curated list of best Korean actresses in 2020 who have spread Kilig and held captive millions of Kdrama fans worldwide in their respective roles. While most of these actresses have been in the industry for years, their timeless beauty and exceptional talents have earned them the place as la crème de la crème. Check out below the ten Korean actresses who graced us in 2020.

Note: List is in no particular order and actresses whose dramas premiered in December 2020 are not included in this list.

Known as the female lead Yoon Se-ri in mega-hit series Crash Landing on You (December 2019).

On point acting as Ko Moon-young, popular children’s book author with an antisocial personality disorder, in It’s Okay to Not Be Okay (June 2020) series.

Known for playing as Mok Hae-won, an unemployed cello teacher, in drama series When the Weather Is Fine (February 2020) along with actor Seo Kang-joon.

Starred as Nam Ji-ah, the reincarnation of the nine-tailed fox’s (played by Lee Dong-wook) one true love, in the fantasy drama series Tale of the Nine Tailed (October 2020). Prior to the role, she took on the character of Jung Young-jae in medical drama series Forest (January 2020).

The model-turned-actress starred as the second-year cardiothoracic surgery studen Cha Eun-jae in medical drama Dr. Romantic 2 (January 2020), the sequel to the 2016 series Dr. Romantic. Later that year, Sung-kyung had cameo roles in series Once Again and Record of Youth.

Suzy is a known versatile actress. She manages to shin no matter what her role is, captivating her viewers into her character. Last year, her role as Seo Dal Mi in the tvN series Start–Up was a perfect example.

Playing as the despicable and vicious Cheon Seo Jin in the hit series The Penthouse, veteran actress Kim So Yeon has done this with ease. People couldn’t stand her character, which means that she played the role well, a monstrous villain that makes viewers scream in fright.

Moon Ga Young starred alongside Kim Dong Wook in the underrated MBC romance Find Me In Your Memory (March 2020), playing as Yeo Ha Jin, a famous actress who suffers from hyperthymesia (a condition that affects your memory due to trauma). Ga Young has come a long way in terms of her career as an actress, and it’s great that she’s finally getting the exposure that she deserves! She is also currently starring in the tvN webtoon based K-drama True Beauty (December 2020), showcasing her comical side.

Moon Chae Won garnered a lot of experience under her belt and has, in turn, become one of the industry’s best. This was further proven through her performance as the determined detective Cha Ji Won in tvN’s Flower Of Evil (July 2020).

Did your bias make it in the list? Let us know your thoughts in the comments below!

You Might Also Want To Read: 30 Korean drama actors then VS now