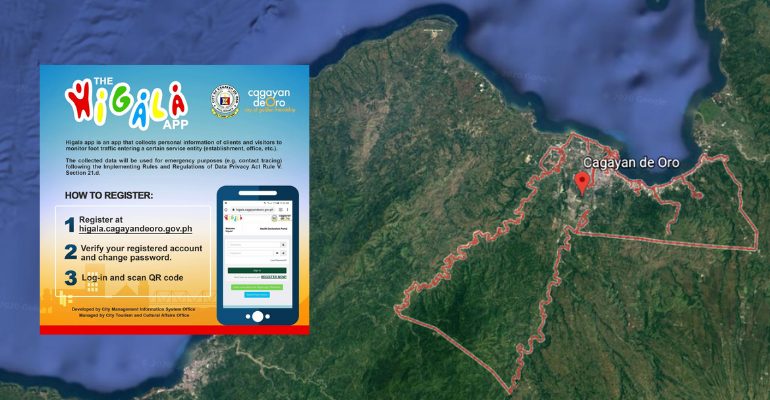 “QR code will be instrumental in vaccine rollout program to be implemented by City Hall in tandem with the national government in Cagayan de Oro City,” Mayor Oscar Moreno said during Friday noon’s press briefing.

Cagayan de Oro City Hall departments are task to work with the private sector and other stakeholders in expanding the use and coverage of the quick response (QR) code generated from the Higalaay App, Mayor Oscar Moreno said on Friday, January 8.

“(Aside from contact tracing) the QR code will be instrumental in the (COVID-19) vaccine rollout program to be implemented by City Hall in tandem with the national government in Cagayan de Oro City. Through the QR code we can establish and prioritize whom to vaccinate. (It’s not like) duol ka lang and atimanon tika (It’s not like you come to us and we will take care of you). As I said everything must be put in place to ensure an efficient and effective system to distribute and administer the vaccines,” Moreno said.

He further cited an example in the US state of Florida in which the state government implemented a ‘first-come, first served’ policy in its vaccine rollout program.

“What happened was that their seniors had to camp out overnight for the vaccines. You can imagine what they had to endure camping out and lining up in the streets just to receive the vaccines. We should learn from that case. It’s easier to set the budget (for the vaccine), it’s harder to plan and implement the actual distribution of the vaccine,” Moreno said.

City Health Office (CHO) resident epidemiologist Dr. Teodulfo Joselito Retuya Jr. said one obstacle to implementing the QR code is that a lot of businesses have their own QR codes.

“When I entered a commercial establishment, they asked me to secure their QR code but I told them that I’m using the QR code produced by the Higalaay web portal…what we need to do is to reconcile their QR codes with the QR code sourced from the Higalaay web portal so we have a single, uniform QR code for contact tracing or tracking (of COVID-19 cases),” Dr. Retuya said.

Acting City Health Officer Dr. Lorraine Nery said starting on Monday, January 10, the CHO will require all their visitors to produce the QR code sourced from the Higalaay App.

“Due to the large influx of visitors applying for medical certificates (and other CHO services) we need to require the public to present their codes. There will be people from our office who will assist people in securing their codes and the City Tourism Office will also help those wishing to secure their QR codes,” she said.