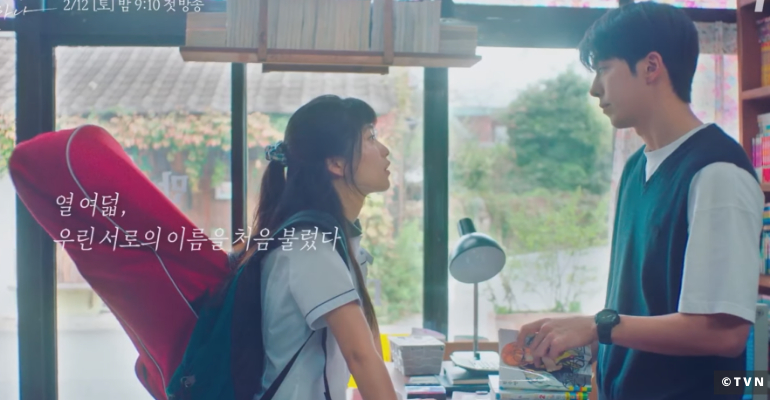 In the 15-second teaser, a young high school student Kim is seen running around with her fencing equipment on her back. It then shifts into a scene where she appears fascinated to meet a 22-year-old part-time bookstore employee, played by Nam. In a voice-over, translated by Soompi, Kim’s character says, “When I was 18, we first called each other by name.”

Although Nam’s character looks unfazed by this high school girl’s brazen stare, the two later run hand-in-hand together on a snowy night.

The teaser then jumps to the characters’ older selves at ages 21 and 25, which appears to be an unexpected reunion inside a college campus. As Kim runs away from Nam whose carrying a yellow rose, she says in a voice-over, “When I was 21, we fell in love.”

Watch the teaser below.

Nam previously appeared in the 2020 television series The School Nurse Files and Start-Up, while Kim appeared in the 2018 Kdrama series Mr. Sunshine. She also made her latest appearance in Netflix Original Film Space Sweepers (2021) alongside Song Jong-ki.