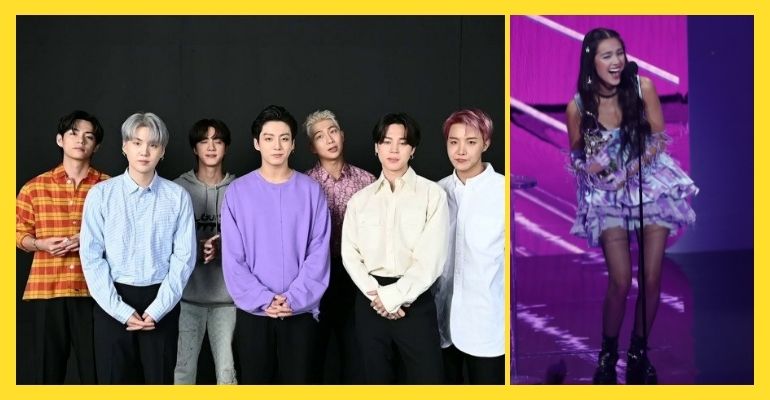 Twitter netizens celebrate the winners at the VMAs today, September 13, at the New York Barclays Center.

Here are Twitter’s trending hashtags commenting on the VMAs, explained:

Group of the Year went to the K-Pop group BTS! They couldn’t be at the venue in person, but they did send a video showing how grateful they were to win the award.

#BTS' message for winning the Group of the Year #VMAs pic.twitter.com/IM3URaFocH

It should also be noted that this success came from the fandom, the ARMYs, for their titanic efforts in voting.

bts won group of the year with 25 MILLIONS votes,,, it’s as if the entire population of australia voted ? it’s insane

On a related note, hoseok and HOBI PINK HAIR trended because BTS’s J-Hope, also known as Hobi, appeared with pink hair on the groups’ video message thanking the VMAs for winning Group of the Year. Isn’t he just darling? On another note, Yoongi has blue hair now!

Hobi pink hair is back!!! ?? pic.twitter.com/VB7WRV4Xez

Song of the Year went to Olivia Rodrigo for her bittersweet track “Driver’s License,” the breakout hit for the new artist.

SONG OF THE YEAR. #VMAs pic.twitter.com/XONAiiYrME

However, enraged Twitter users were actively trying to figure out why it was so when BTS’s song, Butter, had gone above and beyond the stats of other contending songs.

Artist of the Year went to Justin Bieber! It marks his triumphant return on the VMAs ever since he was the fresh-faced kid who sang the ear worm “Baby” in 2010.

Also, Normani briefly trended as Normani Kordei proved why she deserved to perform on the VMAs stage. Initially, she hadn’t been invited to the VMAs as a performer, but she outdid herself as she danced with Teyana Taylor to her latest single, “Wild Side.”

Though not trending itself, SZA was too late for the red carpet but managed to get there in time for the event proper.

And that’s it for the top trending Twitter hashtags that popped up in honor of the 2021 VMAs.

The 2021 Met Gala also trended, but it doesn’t seem to have started yet. However, it’s also scheduled for September 13.