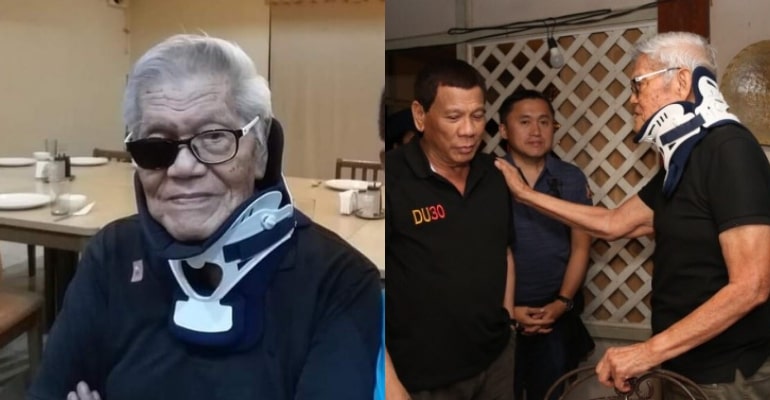 The announcement of his passing was shared by Rhona Canoy, Reuben Canoy’s daughter, through a Facebook post.

“It is with sadness that we are informing you of Dad’s passing at 8:55 pm tonight, July 5, 2022. Please pray for the eternal repose of his soul,” Rhona wrote.

The elder Canoy had stayed in the hospital since his 93rd birthday last June 6.

(A city that is aware will give strength to democracy, but an unmindful one will destroy our freedom.)

When Canoy’s health would no longer allow him to talk at length last year, he wrote his commentary and had his daughter read it.

Canoy was one of the outspoken critics of the Marcos Martial Law regime. He also had a colorful career during his time in Philippine politics.

On April 7, 1978, he was the only candidate from the opposition to win the interim Batasang Pambansa elections called by the late President Ferdinand Marcos.

One of his most notable acts in office was when 30 students in Divisoria were arrested during a protest rally. However, instead of sending them to jail, Canoy called them to his office and offered them snacks. There, he gave them a lecture about democracy and leadership before releasing them.

Canoy was also a playwright and a filmmaker in his long life. – WhatALife!