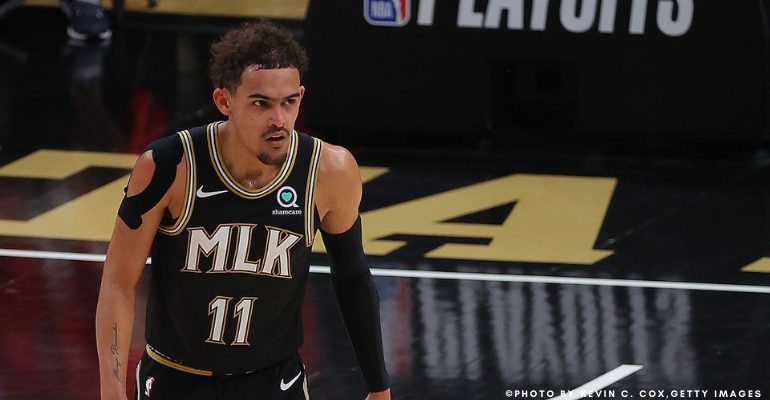 The Atlanta Hawks made a huge Game 5 comeback as they defeated the Philadelphia 76ers in Game 5 of the series on Wednesday night.

This is yet another upsetting loss from the Sixers. In Game 4, they were 24 minutes away from getting a 3-1 lead. But they blew up the 18-point lead and lost to the Hawks. In Game 5, they held a 26-point lead and looked like they would have a 3-2 lead. However, the Hawks were resilient, and the 76ers blew that lead as well.

The Philadelphia 76ers first led the game, but it wasn’t enough

During the 24 minutes of Game 5 of the Eastern Conference semifinals, the Sixers seemed to be in their best performance. Joel Embiid was dominating the game from every spot on the floor. Even though the Atlanta Hawks sent double-teams at him on the block, he was able to flick the ball out to the perimeter for the Sixers’ shooters.

For Atlanta, they were having a difficult time during the first quarter of the game. They missed three shots at the rim in four minutes. Their star player Trae Young encountered roadblocks in the half-court against the 76ers’ defenders. That’s why by halftime, the Philadelphia 76ers were able to build a 22-point lead that extended in the first three minutes of the third quarter.

However, with the margin at 22 points, Joel Embiid and Seth Curry checked out. The Atlanta Hawks inserted their second unit alongside Young, and this was when the Hawks turned the tides in their favor.

The Atlanta Hawks stun the Sixers in the last quarter

Although the Hawks suffered from the better part of the game and were ineffectual against Embiid in the first half, they attacked Philly in the closing minutes. Throughout three possessions, the Hawks vaulted into the lead with 1:26 remaining. This is partly due to Young’s holy trinity: a pull-up, a floater, and a 3-point attempt from Easttown that decked Matisse Thybulle into a collision.

Moreover, Young, Danilo Gallinari, and Lou Williams opened the fourth quarter with a huge run against the Philadelphia 76ers’ unit. This led Sixers coach Doc Rivers to put the starters in and save the lead. Embiid scored and pushed the lead back to 13. But, it didn’t matter.

The Hawks kept making big shots. Williams shot a 3, which made it an 11-point game. Young was also hitting floaters and fouls shots. Both of them each scored 13 points in the fourth. When Young was fouled by Thybulle, he was able to bury all three shots, so it was 105-106.

The Philadelphia 76ers will be facing the Atlanta Hawks for Game 6 in Atlanta on Friday at 7:30 PM ET. Everything they have built, from earning the No.1 seed to playing for a chance to win a championship, now comes down to winning this game against the Hawks.