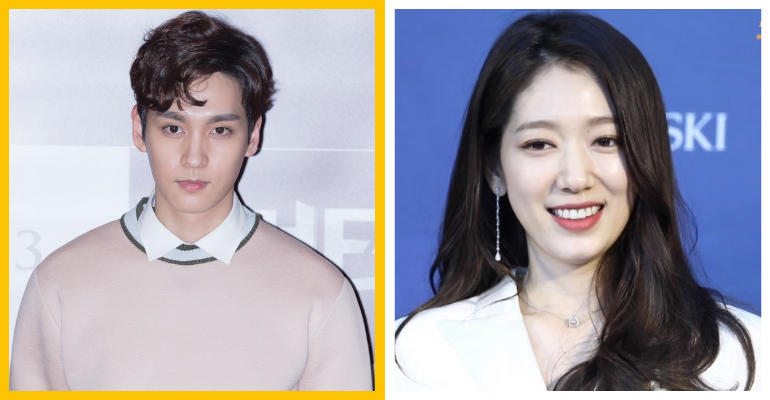 South Korean actors Park Shin-hye and Choi Tae-joon announced Tuesday that they are set to tie the knot next year and are expecting a baby soon.

In a statement issued by their agencies SALT Entertainment and Santa Claus Entertainment on November 23, the couple will hold their wedding in a private place next January 22 in Seoul.

Besides the official statements from their agencies, both actors likewise wrote letters on their fan cafés to share the news.

Below are the letters, as translated by Soompi.

A few days ago, I was cleaning my house and found the my contract with my first agency 20 years ago. I was in the 6th grade of elementary school and became an actress in my second year of middle school. In the blink of an eye, 18 years have passed. I felt that time really flies.

Many people were with me during my childhood, and it’s thanks to all of your love and support that I was able to grow into an actress who can show her various sides in several productions. Many times I was happy in front of the camera, but whenever I had a hard time, it was my fans who gave me great strength and courage. Each of your words of encouragement made me get back up and stand in front of the camera.

So I’m very nervous to be sharing this news today, and on one hand, I’m worried that you might be very surprised by this sudden news. But I still wanted to tell all of you first.

I am getting married with the person I have been in a relationship with for a long time. He has been a source of support for a long time and embraced all of the shortcomings of the person Park Shin Hye, and I would like to begin a life as a married couple with him.

And though I am cautious to say this as it is very early on, I was blessed with a baby. I wanted to tell you before anyone else. I will show you a positive side after I start a family as well.

Thank you for supporting my lacking self with your love. It will take some time, but I will work hard to return as a great actress soon so that you don’t have to wait too long. Please stay healthy until then, and I will close my letter here.

Hello. This is Choi Tae Joon.

Thanks to all of you who have been supporting me for a long time, I’m living every day with gratitude.

With a trembling heart, I am writing this post to share some news that I would like you to know first before anyone else. I’ve exchanged various emotions with and maintained a meaningful relationship with someone for a long time. She is like a savior to me who taught me without words to smile brightly when I’m happy and to cry out loud when I’m sad. Now, we would like to make our marriage vows and let this love that I’m grateful for bear fruit.

And though I feel cautious saying this, we were blessed with a baby while preparing for the new chapter in our lives.

You may have been surprised by the sudden news, but I wanted to let you know before anyone else, so I am conveying my heartfelt feelings through my incomplete writing.

Now, I will show you my responsibility as a member of a family, and as actor Choi Tae Joon, I will greet you with acting that meets your expectations.

The weather has gotten chilly. Be healthy, everyone!

Meanwhile, Choi, 30, is a former child actor and singer, known for his lead role in melodrama Exit (2018).

The couple started dating in late 2017 and went public with their relationship in March 2018. – WhatALife.ph

Also Read: BTS won Artist of the Year at the 2021 American Music Awards