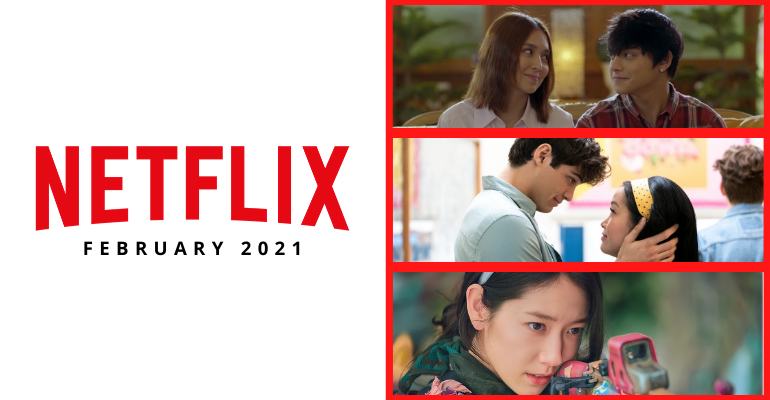 Whether you have a date or nada, shows dropping in Netflix this February 2021 will surely refill your kilig meter! Check out below the new list of the shows coming to Netflix Philippines next month!

February 1: The House Arrest of US: Season 1 – Star Cinema’s first digital movie series starring Philippine Box Office King and Queen Daniel Padilla and Kathryn Bernardo. The movie follows a newly engaged couple who get locked in one house with their families fighting after the government declares a total hard lockdown during the pandemic.

February 3: Firefly Lane (Netflix Original) – an American drama series based on the novel with the same name by Kristin Hannah, following the story of best friends Tully and Kate who supported each other through thick and thin.

February 5: Space Sweepers (Netflix Film) – Regarded as the first Korean space blockbuster set in 2092. It follows a space sweeper crew on board of The Victory trying to escape the destruction of Earth.

February 10: News of the World (Netflix Film) – An American Western Drama based in the 2016 novel of the same name featuring Tom Hanks and Helena Zengel, a rising German child actress.

February 12: To All The Boys: Always and Forever (Netflix Film) – the third and final instalment of the To All the Boys I’ve Loved Before film series.

February 16: Animals on the Loose: A You Vs. Wild Movie (Netflix Original)

February 17: Behind Her Eyes (Netflix Original) – a British psychological thriller miniseries based on the 2017 novel of the same name by Sarah Pinborough.

February 18: Thus Spoke Kishibe Rohan (Netflix Original) – a spin-off from Diamond Is Unbreakable, the fourth part of Araki’s JoJo’s Bizarre Adventure series, and features the character Rohan Kishibe, a manga artist who travels around the world to get inspiration from people’s lives.

February 19: I Care A Lot (Netflix Original) – an American black comedy thriller film following the story of a woman who makes her living through stealing from elderly by deceiving judges into appointing her as their “legal guardian”.